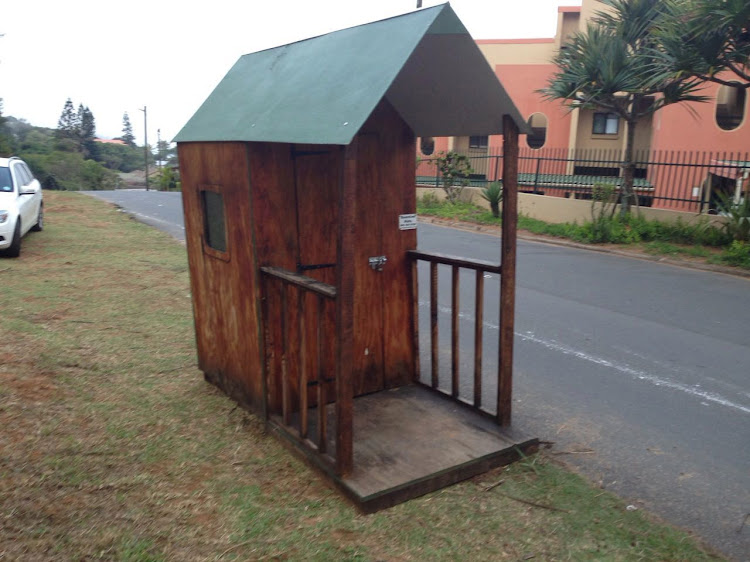 Eminent mountaineer and motivational speaker Sean Wisedale found himself on the wrong side of the law yet again while on a personal crusade for justice in the seaside hamlet of Umdloti near Durban.

Using rope and the powerful engine of his bakkie‚ he moved what he believes is an illegal guard hut on Monday.

Wisedale appeared in the Verulam Magistrate’s Court on Tuesday‚ after his arrest on allegations of malicious damage to property during the relocation of the wooden hut. This comes a month after he was arrested for the same offence.

But the fiery adventurer remains resolute that he is in the right.

In correspondence with TimesLIVE‚ Wisedale sent pictures of “one unsightly‚ ineffective‚ timber guard hut in perfect condition‚ and ready for collection.”

He added that he had placed the hut “only 32 meters from where it was illegally situated”.

In an earlier missive‚ Wisedale said the law was clear on the permission of “checkpoints and temporary traffic calming measures”.

“They are illegal. A guard hut may not be placed on a pavement without consultation or consent from the residents and without approval from the municipality. These huts and barriers are short-term solutions‚ a division between homeowners and non-homeowners that will inevitably lead to determined criminals carrying out serious crimes to facilitate their escape‚” he wrote.

“I am not afraid of controversy. I am not afraid to stand up for a cause for which I believe needs attention‚ no matter how unpopular it makes me‚ especially when it comes to drawing attention to unlawful acts that impinge on my circles of control.

“Unfortunately‚ I am also fiery and can be seriously undiplomatic when provoked.”

A prominent Durban mountaineer was arrested on Monday night after allegedly using his car to forcibly drag a wooden guard hut down Bellamont Road in ...
News
4 years ago

Acclaimed mountaineer Sean Wisedale used his 4X4 to rip a wooden guard hut from its base and dragged it several hundred meters on a quiet Umdloti ...
News
4 years ago

An Umdloti man was so peeved by a new security checkpoint in the KwaZulu-Natal north coast town that he tied the guard hut to his vehicle and dragged ...
News
4 years ago