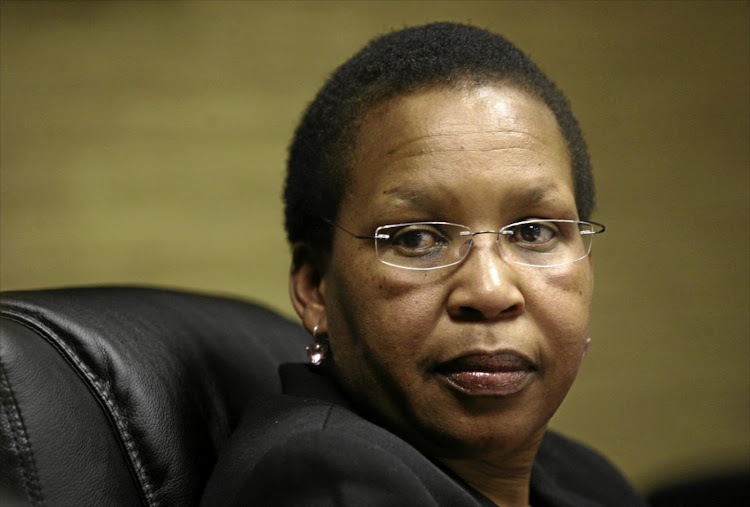 Advocates in the Life Esidimeni hearings testified on Monday that they do not know where former Health MEC Qedani Mahlangu is‚ and have asked her lawyers to reveal her address‚ so that they can subpoena her.

City Press initially reported that Mahlangu was at the London School of Economics‚ but the university confirmed to the Mail and Guardian's Bhekisisa Centre that Mahlangu is not registered there.

Mahlangu led the project to close down Life Esidimeni‚ despite warnings from psychiatrists‚ civil society and families not to‚ and more than 118 psychiatric patients had died by February this year .

Arbitration hearing Judge Dikgang Moseneke said that Mahlangu and two other officials who led the project‚ Makgoba Manamela and Barney Selebano‚ have no choice but to appear at the hearings.

Evidence leader Patrick Ngutshana said on Monday that Mahlangu has said she will "only be available from 29 to 31 January 2018" to appear at the hearing.

But Moseneke said that the hearing had to wrap up this year. Ngutshana said: "We have decided to issue a subpoena for her [Mahlangu] to appear on 6 December. The only difficulty we are trying to resolve is to get the details of her whereabouts. The attorneys have asked her [attorneys] for her actual address‚ so we know where the subpoena can be served."

Dr Manamela‚ who implemented the move from Life Esidimeni‚ was supposed to appear at the Life Esidimeni hearings on Monday morning.

She was subpoenaed to appear‚ but her attorneys found an error on the date and time of the subpoena. Therefore‚ she would not appear today‚ Section 27 advocate Nikki Stein told the hearing.

Health ombudsman Malegapuru Makgoba‚ who investigated the saga‚ recommended that "Manamela and Selebano must be suspended for gross misconduct and/or incompetence".

Together‚ the two are appealing the report‚ and remain on suspension earning salaries.

The second reason Manamela refused to appear at the hearings on Monday‚ her attorneys said‚ is that she is appealing the ombudsman's report.

Ngutshana on Saturday invited Manamela’s lawyers to attend on Monday to raise objections about Manamela appearing.

The lawyers said that they can't appear at such short notice‚ but will give reasons in writing why Manamela won't appear by November 6.

Moseneke told attorneys to send a new subpoena to Manamela. "It is not the choice of witnesses when they can appear."

Social workers‚ NGO owners and family members have all testified that Manamela was at the frontline of project to force patients into NGOs that didn’t have enough staff or food for them.

Ethel Ncube‚ the owner of Precious Angels‚ an NGO at which 23 died‚ said that she told Manamela that the NGO hadn't been paid‚ and that she didn’t have money for diapers for the adults.

Why the state media gag on Life Esidimeni is wrong

Government lawyers in the Life Esidimeni hearings have managed to stop the media speaking to families and lawyers‚ even preventing fact checking of ...
Ideas
4 years ago

Ombudsman Makgoba found that Manamela knew that there was no food at Precious Angels and another NGO‚ and that people had later died.

The former Gauteng Head of Department‚ Barney Selebano‚ was also asked to appear voluntarily at the hearings.

Ngutshana told the hearing "there has been resistance from him" regarding his appearance‚ because Selebano is also appealing the ombudsman's report.

Ngutshana said that the subpoena to Selebano had been issued‚ but that lawyers were waiting to hear from sheriff that it had been delivered.

Judge Moseneke said all subpoenas "must be sent out promptly".