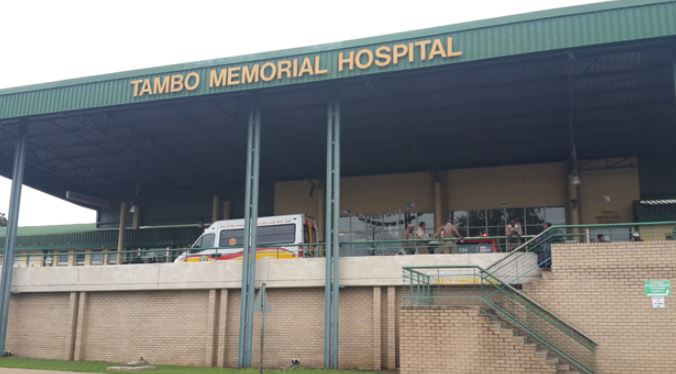 Built in 1905 and located in the Ekurhuleni Metro‚ the hospital caters for people residing in Boksburg.
Image: stayathommum via Google photo

In a scenario reminiscent of applying a plaster to a gaping wound‚ critical daily maintenance is keeping alive one of the oldest state hospitals in Gauteng.

Tambo Memorial Hospital in Boksburg on the East Rand will cost an estimated R800-million to replace.

Gauteng health MEC Gwen Ramokgopa has conceded that “most areas” of the hospital do not comply with the Occupational Health and Safety Act “because of the age and the dilapidated state of the structure”.

She was responding to questions from Democratic Alliance (DA) shadow health MEC Jack Bloom last week in the provincial legislature.

“The hospital has been subjected to conditional assessment and recommended for replacement. In the meantime‚ statutory maintenance is being undertaken‚" she said. Asked when the faults would be fixed‚ she replied: “Day to day maintenance faults are fixed daily by artisans. Statutory maintenance as per schedule.”

Gauteng department of infrastructure head Bethuel Netshiswinzhe told TimesLIVE on Monday that plans were at an early stage for a new hospital but the cost would be around R800-million.

"We are still at planning stage and we are working together with the provincial and national health departments so that we put together plans to build a new hospital in the near future. Of concern is what we do now to ensure that the current facility keeps working so we have maintenance teams that are on site on a daily basis to attend to things as and when they need to‚" said Netshiswinzhe.

"It's very difficult to throw a figure because we still have to do detailed planning and finalise that part but we are looking at anything between R800-million for a new hospital… so that is why we came to a conclusion that it's better to build a new facility because the cost to fix the current hospital was almost the same of building a new facility‚" he said.

Built in 1905 and located in the Ekurhuleni Metro‚ the hospital caters for people residing in Boksburg‚ Benoni‚ Kempton Park‚ parts of Germiston and surrounding informal settlements. According to Census 2011‚ the metro has over 3 million people living there.

Netshiswinzhe said that a new hospital would be built as part of a hospital revitalisation programme that was launched in 2003 with a budget of R1.3-billion.

"Based on the amount of work that needs to be done at Tambo Hospital [after] we did conditional assessment‚ we have identified what it will take us to fix it and we have come to an agreement with the health [department] that the best option would be to build a new facility [rather] than to fix it‚" he said.

The DA’s Jack Bloom said had the hospital been maintained over the years‚ there would not be a need to build a new one.

"How did they allow it to get so bad …. Because if you do regular maintenance‚ it saves you a lot of money in the long term. The money is from the Gauteng Health Department and the buildings are implemented by the Infrastructure Development department and‚ in the past‚ you've had money returned to Treasury because of underspending‚" added Bloom.

South African Medical Association (Sama) chairperson Dr Mzukisi Grootboom asked how the hospital had been allowed to deteriorate when the department’s strategy was to revitalise state hospitals.