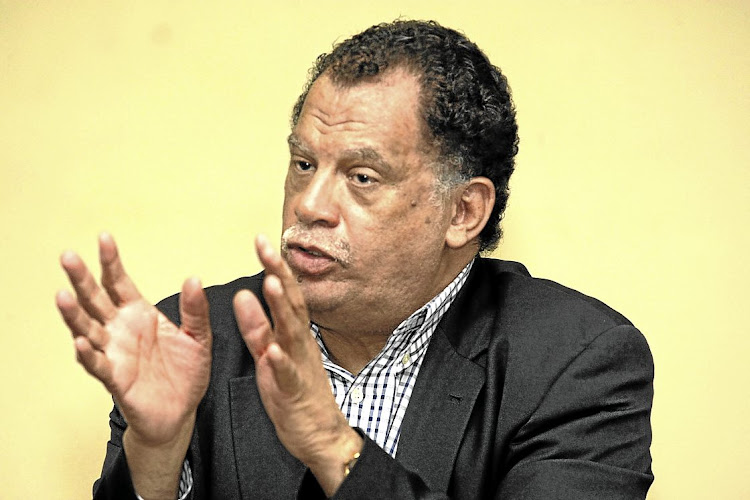 Danny Jordaan is said to have swept sexual harassment allegations against a Safa official under the carpet.
Image: Fredlin Adriaan

Soccer boss Danny Jordaan will on Wednesday break his silence regarding the rape allegations levelled against him‚ his lawyer said.

“My client has now made a decision that he will make a public statement‚ where he will be denying the allegations made against him by Miss Ferguson‚” said Jordaan’s lawyer Mamodupi Mulaudzi on Radio 702 on Tuesday evening.

Singer and former MP Jennifer Ferguson‚ who now lives in Sweden‚ claimed recently that Jordaan raped her more than 20 years ago. Since then other allegations of rape have made been made about Jordaan.

Mulaudzi said Jordaan would release a statement that only responded to Ferguson’s allegations. He will deal with other allegations once the accusers reveal their identities.

“We need to know who these individuals are and what they are alleging‚” Mulaudzi said.

She told 702 that she was considering laying criminal charges against Jordaan after several attempts to reach out to him for an opportunity for a mediated restorative justice process.

“My choice was not to lay charges ... I may have to follow such a path … I am not stating [it] as a definite at all‚” Ferguson said.

“We welcome the fact that she is considering laying legal action‚ so that this matter can be properly ventilated in a court of law‚” Mulaudzi said.

Mampara of the week: Danny Jordaan

Many believe that if it were not for his dedication and hard work, South Africa would not have been able to stage an excellent 2010 Soccer World Cup.
Opinion & Analysis
4 years ago

As soccer boss Danny Jordaan maintains his silence following claims by singer Jennifer Ferguson that he raped her, new allegations have surfaced that ...
News
4 years ago