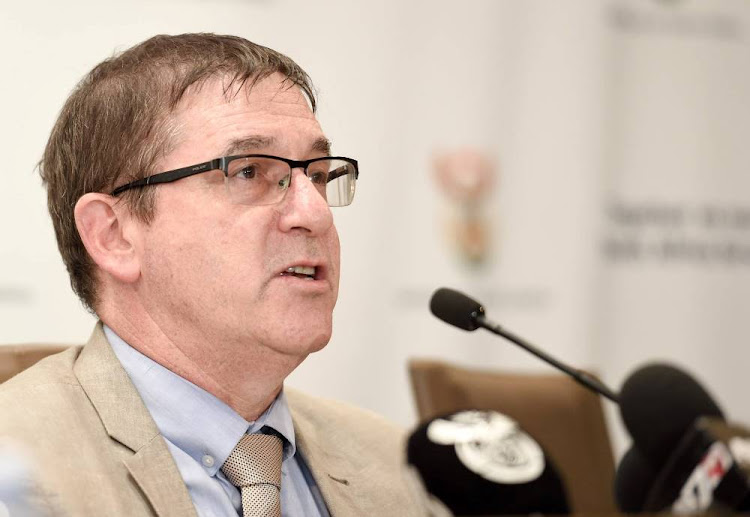 The Department of Justice is currently mulling legislative changes to ensure successful implementation of the Sexual Offences and Related Matters Amendment Act.

Deputy Minister of Justice John Jeffery said during a press briefing to report back on a two-day national forum‚ held last month‚ on the implementation of the sexual offences legislation‚ that "although there was some agreement that the current legislative framework is sufficient to provide for the effective implementation of the act"‚ two areas of implementation "need to be evaluated and possibly amended".

These include some technical details around the competency of children to testify‚ as well as the State's right to appeal on matters of fact.

Jeffery said that the competency assessment of children to testify in court revolved particularly around section 164 of the Criminal Procedure Act.

This section states that witnesses who don't understand the nature and the import of the oath can still testify without taking the oath‚ so long as they are "admonished to speak the truth" by the presiding or judicial officer.

In a 2008 High Court judgment in the case of Frederick Swartz versus the State‚ Swartz was granted leave to appeal his conviction‚ based on the fact that the presiding officer had not determined whether a seven-year-old witness had the necessary competency to understand the nature of the oath before it was administered to him.

The judgment states that "there is no universal test which can be applied by the courts in determining whether a child witness is sufficiently competent to testify".

The current act was promulgated in 2007‚ but the impact it has had on the number of sexual offences committed each year remains unclear.

Jeffery said that while the number of sexual offences reported was showing a decline‚ this could be as a result of under-reporting.

Protesters in DA‚ ANC and EFF party regalia chanted the contentious "Kill the boer‚ kill the farmer" slogan outside the Bronkhorstpruit magistrate's ...
Politics
3 years ago

Gender violence researcher Lisa Vetten said that in comparing data from a 2003 study conducted in Gauteng with 2012 data‚ there had been little change in the number of arrests‚ cases referred to the courts‚ or convictions.

"So in those first four of five years of active implementation‚ there hadn't been very much change at all‚ in Gauteng at any rate‚" she said.

49‚660 cases of sexual assault were reported in 2016/17. According to National Prosecuting Authority statistics‚ 72% of cases that made it to prosecution resulted in a conviction – an improvement from 2009‚ when 48% of prosecuted cases resulted in convictions.

Jeffery‚ however‚ said that when looking at the conviction rate as a percentage of cases reported to the police‚ the figure was much lower‚ at around 8-9%.

He said that while the number was low‚ it was "not unusual" when compared to other countries – he cited the Netherlands‚ where he said the percentage was similar.