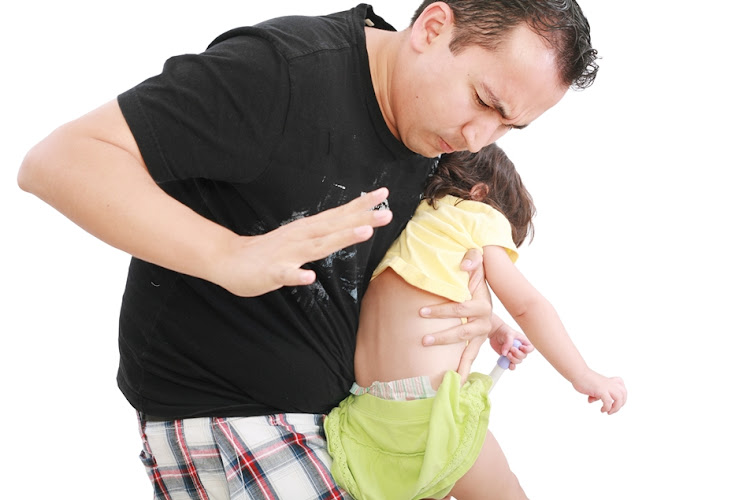 Spanking your children in the privacy of your own home is no longer permissable - but corporal punishment doesn't achieve anything anyway.
Image: iStock

Freedom of Religion South Africa (FOR SA) filed an application this week for leave to appeal against the recent judgment by the Johannesburg High Court barring parents from spanking their children.

FOR SA’s application‚ which asks for the matter to be referred to the Supreme Court of Appeal (SCA) in Bloemfontein‚ only relates to the constitutional issue considered by the Court‚ namely whether reasonable and moderate chastisement is congruent with the Constitution.

The organisation says the appeal specifically does not concern the merits of the father’s appeal against his conviction by the Magistrate’s Court on charges of common assault.

“FOR SA‚ who was initially invited as a ‘Friend of the Court’ in the matter‚ takes issue with various aspects of the judgment. Their primary concern is that‚ with the stroke of a pen‚ this High Court judgment has removed a common law defence which has historically protected parents against a charge of assault‚ and which Parliament had previously upheld in the Children’s Act of 2005. It therefore amounts to what FOR SA regards as a “judicial over-reach” by the Court.”

A court judgment prohibiting parents from smacking their children sets a dangerous precedent that erodes parental authority.
News
4 years ago

FOR SA’s executive director‚ Michael Swain‚ said South African law is very clear that the engine room for law reform is Parliament‚ not the courts.

“For this reason‚ judges should restrain themselves and not be over-zealous in developing the law‚ lest they be seen to usurp the role of Parliament.”

FOR SA argues further that the Court was wrong to equate reasonable and moderate chastisement with “abuse” of or “violence” towards children.

There is a clear and fundamental difference between moderate chastisement by a parent motivated by love and in the best interests of their child‚ and physical violence or abuse where the State obviously has a duty to intervene.

This distinction is also recognised by a large body of credible social science evidence‚ which holds that reasonable and moderate chastisement is not harmful to children and may in fact be beneficial.

The organisation contends that the judgment erodes the rights of parents to decide for themselves how best to discipline their own children. It disempowers parents‚ especially those who live in poorer areas and in overcrowded accommodation who do not have the luxury of sending children to ‘naughty corners’ and where there are few‚ if any‚ privileges to take away.

Parents' fears over the abolition of corporal punishment are unfounded

The judgment‚ it argues‚ also overrides the belief and conscience of parents who believe that holy texts allow (if not instruct) them to use moderate chastisement as one of the methods for raising and disciplining their children.

While not all religious parents hold this view‚ this judgment nevertheless has the effect of interfering with doctrinal matters. This sets a dangerous precedent‚ since the Court’s judgment has effectively curtailed and limited religious rights and freedoms‚” FOR SA says.

“There is a massive public outcry following the judgment – not only from religious parents‚ but also from non-religious parents whose parental rights and authority have now been severely diminished. FOR SA is in favour of more training tools and empowerment for parents‚ not less.”

Swain says FOR SA is very concerned that the judgment will have the effect of criminalising good and well-intentioned parents who love their children. While the judgment points out that this is not the intention‚ the reality is that the removal of the reasonable chastisement defence means that any form of physical discipline of a child may fall within the legal definition of an assault‚ Swain argues.

He cautions that in countries like Sweden and New Zealand‚ where moderate corporal punishment is banned‚ hundreds of parents have been arrested and prosecuted‚ with devastating effects on the harmony of the family unit.

“In all the circumstances‚ FOR SA argues that it is in the public interest‚ as well as in the interest of justice‚ that the judgment be appealed. The question which the Court (i.e. the same two judges who delivered the judgment) will have to decide‚ is whether there are reasonable prospects that another Court may come to a different conclusion than the High Court’s judgment.”