Poppy Day needs to be more ‘inclusive’ and include struggle veterans 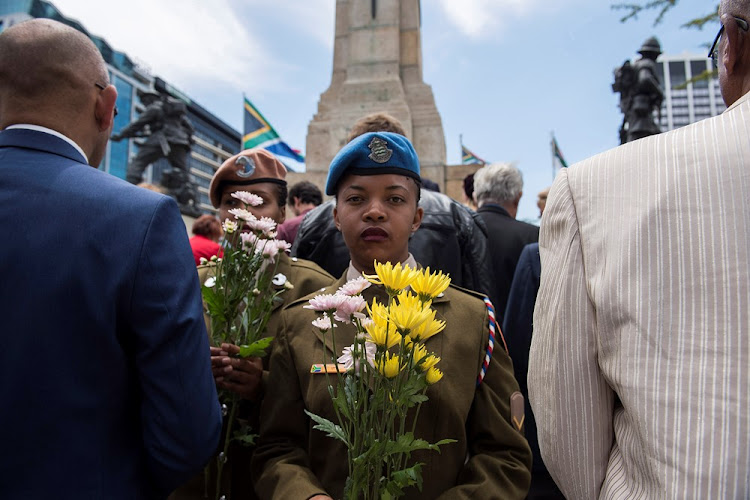 That was the view of Director General of the Department of Military Veterans Max Ozinsky‚ who was present at the Remembrance Day observations at the Cenotaph war memorial in the Cape Town CBD on Sunday.

More than 600 people including members of the SA army‚ navy and air force together with dignitaries and diplomats from countries such as Germany‚ France and the US were present.

Ozinsky told TimesLIVE that he hoped to see a more “inclusive” event at next year’s centenary of the day marking the ceasefire which effectively marked the end of World War 1.

“I hope it will be more inclusive of all military veterans in South Africa‚ especially those who fought in the liberation struggle‚” he said.

Solomon Maisela was just 17 when he joined up to fight for the Allies in North Africa. Now 95, the spry warrior of Dube, Soweto, is thought to be the ...
Opinion & Analysis
3 years ago

“I don’t think they are properly remembered at these events and unfortunately their association don’t really take part.”

Car alarms were set off across the foreshore in the Cape Town CBD following a cannon salute as the city commemorated the day also known as Poppy day.

The gunfire was preceded by two minutes of silence - a global practice first proposed by South Africa‚ following the war cabinet’s decision to mark the armistice that ended fighting during World War 1 on November 11‚ 1918.

The Gauteng Department of Human Settlements has launched a housing project in the Rand West Municipality that will yield 13‚000 units upon completion.
News
3 years ago

Speaking at the event‚ City of Cape Town deputy mayor Ian Nielson said that pursuing the ideals of freedom today presented different challenges to those of the Great War.

“We may come up against those who believe that some are more entitled to the fruits of liberty than others‚” Nielson said. “The struggle to entrench our ideals and freedoms may no longer be fought on the battlefield but in the courts of law and public opinion.”

According to Ozinsky this year’s commemoration also marked 100 years since the sinking of the SS Mendi‚ where over 100 black South African soldiers were killed.

Ozinsky said: “It’s important to remember those who gave their lives in service of their country‚ and it also encourages those that put their lives on the line for their country and continue to make the greater sacrifice.”