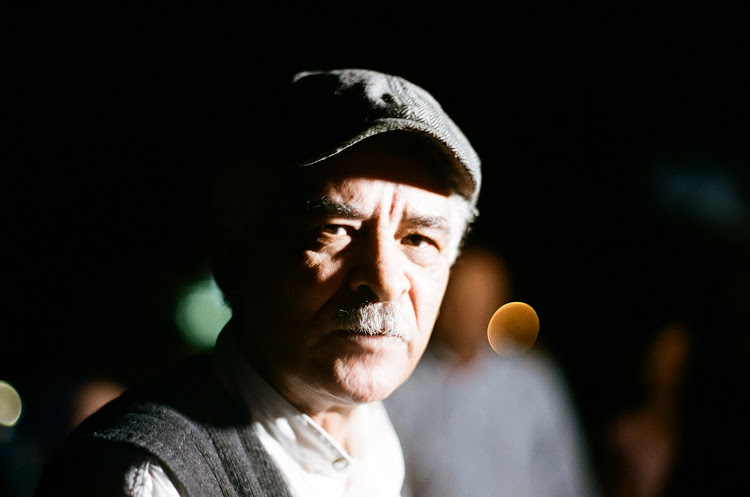 Wilfred Damon started his life in 1951 in the brown residential area of Stellenbosch called Die Vlakte and lived there until 1971, when he was relocated? resettled? to Cloetesville, along with most of the residents of that neighborhood, under the apartheid laws of the time. In his later years, he worked as an educationalist, and had the privilege of engaging with the young minds and souls entrusted to his care in class at the primary, secondary and tertiary level.
Image: Chaze Matakala

Almost half a century ago‚ Wilfred Damon was forcibly removed from his home in Stellenbosch because of the colour of his skin.

The 66-year-old retired teacher will return on Saturday to host a guided walking tour of Die Vlakte‚ where he will share memories of the Boland home he was forced to leave.

"The new generation‚ some of them don't even know about it‚" Damon said on Tuesday‚ explaining that the walking tour initiative came about after his daughter‚ Ilze Wolff‚ was curious about where he grew up. 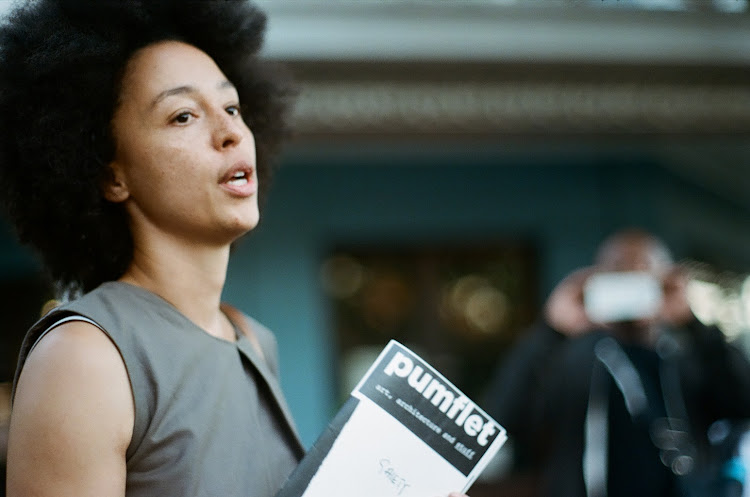 Ilze Wolff the daughter of Wilfred Damon, urged Wilfred to share his stories with a wider audience as there is very little published historical writing on Die Vlakte available.
Image: Chaze Matakala

She then urged him to share his stories with a wider audience because not many people have heard about the forced removals at Die Vlakte (meaning The Plains) in the Western Cape town.

Between 1969 and 1972‚ the neighbourhood‚ including most of the schools‚ was demolished and 3‚700 residents were ordered to relocate to a newly designated coloured area of Cloetesville to make way for whites. Damon and the rest of the community's homes were turned into expansive parking lots and expensive town houses.

"Wherever you see a parking lot - that's where we lived‚" he said. "The streets are still there but the people are gone‚" said Damon.

According to Albert Grundlingh‚ a professor at Stellenbosch University‚ on 25 September 1964 Die Vlakte was proclaimed a whites-only area.

By 1976‚ as part of apartheid's project of forced removals‚ 306‚000 coloured South Africans had been removed from their homes and forced to rebuild their schools‚ churches and lives elsewhere.

Damon was born in his grandmother's house in Banghoek Road‚ Die Vlakte's main road‚ which was opposite the community's mosque.

"I grew up about 20 steps from the cinema‚ which was a big thing in those days."

He describes Die Vlakte as a community of schools and churches and remembers the sound of church bells.

He also remembers that on 1 March 1971 his parents and his seven siblings were given the order to move from their lifelong home.

"As the houses [in Cloetesville] became available‚ they would knock on your door‚ give you a deed of ownership‚ a key to your new house and a date to move. The date was usually 'sooner than later‚'" Damon said. 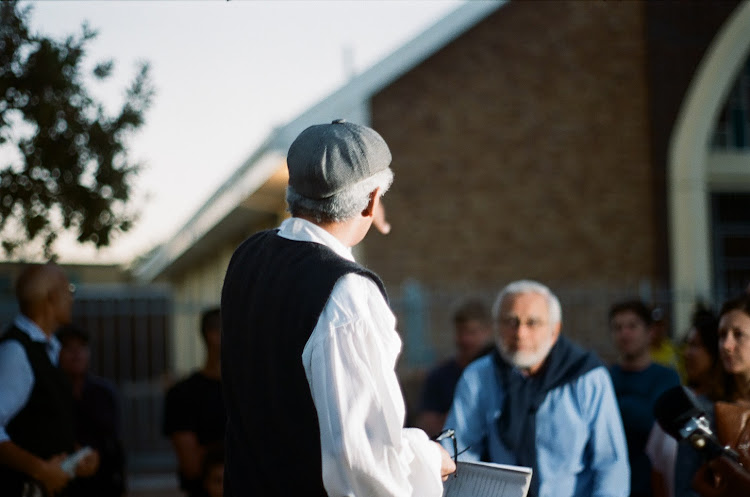 Residents of Die Vlakte, led by Wilfred Damon, will take the audience on a tour of their memories behind contemporary Stellenbosch. "Wherever you see a parking lot - that's where we lived". The tour will be given in Afrikaans, translated into English.
Image: Chaze Matakala

The area was further away from the city centre and had limited amenities.

Grundlingh's article notes: "Besides the traumatic effect of the removals on individuals‚ it also meant that they were now much further away from the town's central business area and the schools‚ churches and mosque that had been close to their hearts for many years. On top of that‚ there were difficult adjustments in Cloetesville where people had to attempt to literally build a community from the ground up. "

Damon remembers the trauma of the forced removal vividly.

"The area was four streets by six streets across. Most of the brown population of Stellenbosch lived there. We're talking thousands of people."

For Damon‚ it is important that a place‚ its history and people should not die out‚ especially as the voices of its former residents become quiet. 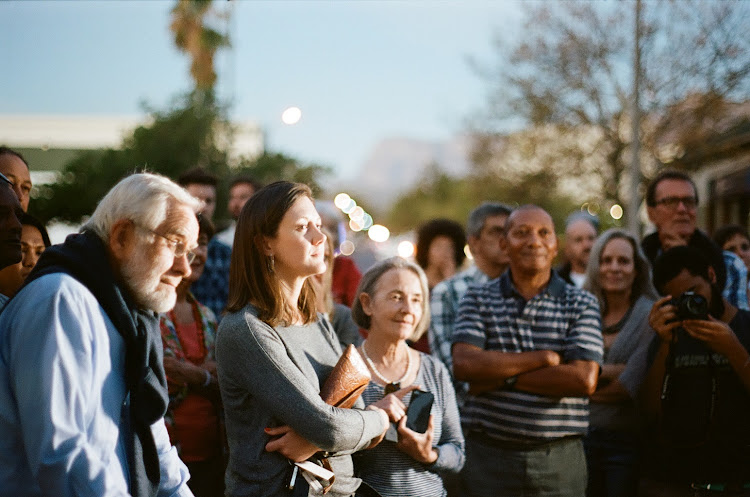 Residents of Die Vlakte, led by Wilfred Damon, will take the audience on a tour of their memories behind contemporary Stellenbosch. "Wherever you see a parking lot - that's where we lived". The tour will be given in Afrikaans, translated into English.
Image: Chaze Matakala 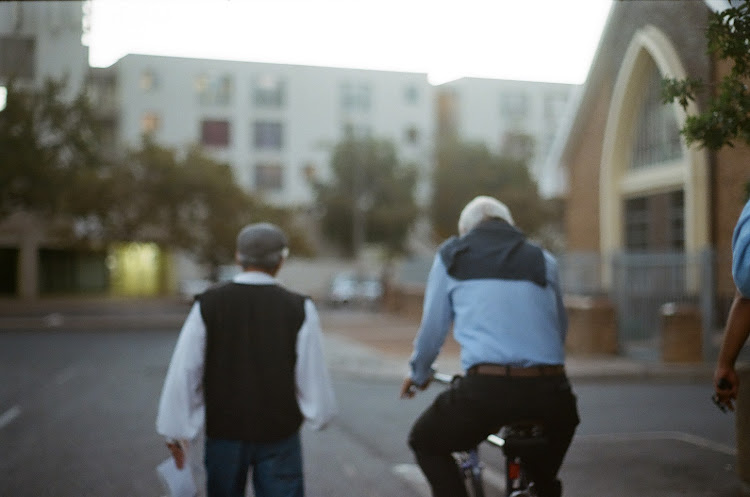 Die Vlakte neighbourhood was demolished between 1969 and 1972 as part of apartheid’s project of forced removals of racialised people of colour from the centre of Stellenbosch. This project wishes to evoke the lived experiences of Die Vlakte and to bring this recent history into the awareness of the public.
Image: Chaze Matakala