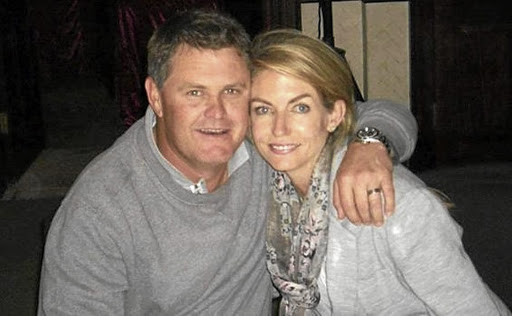 In the final visit to her doctor before she was found dead in her hotel room in Stellenbosch, Susan Rohde had Botox applied and asked Dr Lize-Marie Steenkamp to "make her pretty".

Susan's husband Jason Rohde is on trial in the Cape Town High Court in connection with her death in 2016. Her body was found in the bathroom of their hotel suite. He claims she committed suicide, while the state claims she was strangled and her suicide was staged.

On Wednesday the court heard how Steenkamp had also prescribed Susan drugs for insomnia and anxiety shortly before her death. These drugs, it emerged in court, have a "known association for an increased risk in suicide".

Steenkamp said she gave Susan the Stilnox MR and Urbanol, which both contain benzodiazepines and are not intended for people who suffer from depression, because she needed something to help her sleep and to help with her "daytime anxiety".

"My assessment was that she was not a severely depressed patient who was suicidal. Only an anxious girl dealing with life stresses and who was seeing a psychologist," said Steenkamp under cross-examination by defence advocate Graham van der Spuy.

"She was generally very healthy, exercised and didn't smoke. She was always very poised and well presented when I saw her," Steenkamp said.

She started seeing Susan in February 2014 to administer Botox.

Van der Spuy argued that Steenkamp did not do enough to establish Susan's psychological condition before giving her the drugs.

"For 72 days I've felt like dying." This was a WhatsApp message from Susan Rohde to her husband Jason Rohde months before he alleged she committed ...
News
3 years ago