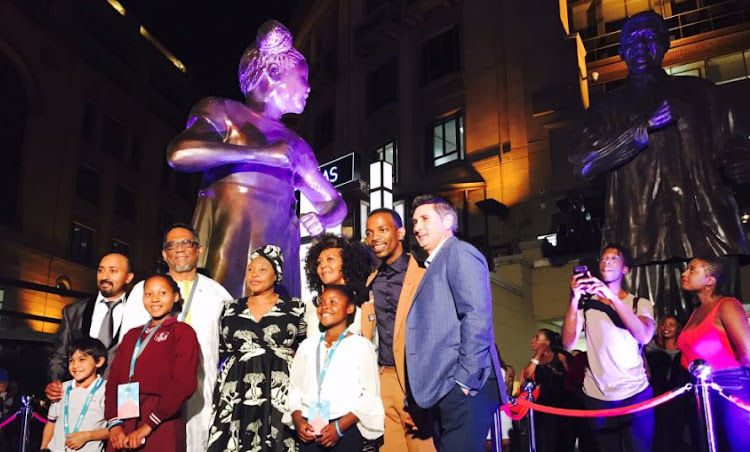 The Nelson Mandela Square in Johannesburg has a new resident‚ her name is Hope.

The statue was unveiled on Monday night by the UN Children's Fund (Unicef) on World Children's Day.

"The statue stands for a future where all children are cherished and protected."

The unveiling in Sandton was attended by musicians and Unicef ambassadors Zakes Bantwini and Yvonne Chaka Chaka.

Also in attendance were representatives from the Nelson Mandela Foundation‚ including Mandela's granddaughter Ndileka Mandela‚ who called on the world to listen to the voices of children.

"When I look at granddad's life‚ I realise that his mind and who he became as a leader was shaped while he was a child. His legacy goes to show that to be able to have better adults‚ it all starts at childhood‚" she said.

The new statue stands alongside Madiba's‚ while mimicking the former president's dance.

Speaking at the event‚ Bantwini said children's issues should be prioritised daily.

He said abuse‚ poverty and education must be addressed to ensure the well-being of every child.

"It is very important that we invest love‚ laughter and we play with our children‚ so that a hundred years from now every day becomes children's day‚" Bantwini said.