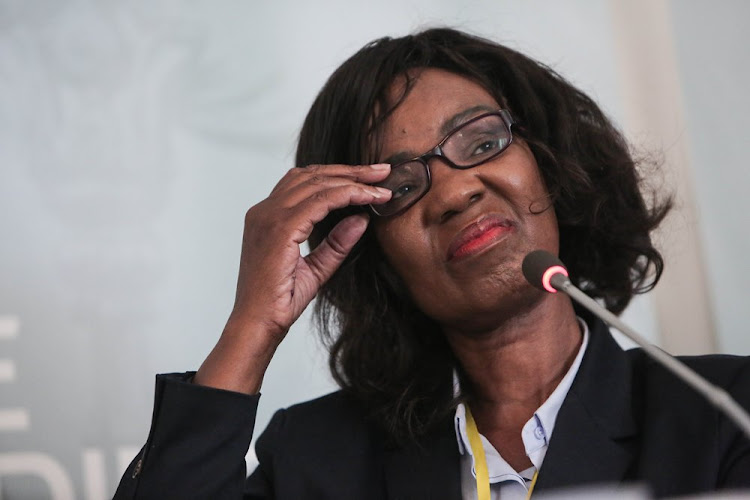 A remorseless Makgabo Manamela‚ who led the Life Esidimeni project‚ continues to evade responsibility for why 143 patients died when moved from Life Esidimeni homes.

Manamela has tried to avoid testifying‚ ignoring the first subpoena because of an error with the date‚ then asking for a postponement on the day she was to appear‚ then missing two days of testimony due to sudden sick leave.

On Thursday‚ facing arrest if she didn’t testify‚ she still avoided responsibility by being "evasive" on the stand as described by Section 27 advocate Adila Hassim.

Manamela was one of the three Gauteng officials that led the project to move people out Esidimeni homes and place them in NGOs.

Manamela's refusal to answer questions reached a point of absurdity‚ when she would not answer a question about what she earns while on suspension. She even said she didn’t get payslips as she was suspended.

After a lengthy exchange about what she earned‚ Section 27 advocate Adila Hassim asked: "Do you accept you are a public servant? And you are being paid while you are on suspension? And you won't tell us what your salary is?"

Hassim said: “I will tell you what your salary is... after lunch.”

Families in the overflow room broke out into huge applause.

After the break‚ Hassim used government documents to show her that someone in her position would earn between R900‚000 and R1-million a year.

"The salary indicates your senior position. That is what I am putting this to you [It is] not to be frivolous."

Hassim tried to show her she had a responsibility for what happened in the project‚ because she was in a senior position as indicated by her generous salary.

In another question‚ Hassim asked: “Did you respect mentally ill patients' constitutional rights?”

Manamela: "I don’t know. There are a lot of variables you need to look at when patients die."

In another exchange‚ retired deputy chief justice Dikgang Moseneke‚ who is heading the arbitration hearing‚ asked her if it was her duty as mental health director to protect the lives of patients.

She answered, "I did that."

"Yes‚ but how many died [ before] at Life Esidimeni and other hospitals. I am not being insensitive."

The health ombudsman found the patient death rate at NGOs was much higher than at Life Esidimeni homes.

Asked by evidence leader Nontlantla Yina if NGOs where people died were ill-equipped‚ Manamela said when she gave them the licences "they were well equipped". Yina replied: "Today‚ you know they were not well-equipped."

When Yina pointed out that patients at one of the NGOs had to eat leftover food from hotels and asked her if that arrangement was suitable for patients with specific dietary requirements‚ she said: “I don’t think I will answer that counsel."

Many times she spoke so much Moseneke had to stop her.

Moseneke said: "What are you saying now? I don’t understand."

Other times he said: "Can I take you away from all these many words?"

Later he told her: "We are spending many hours because you are answering things we didn't ask you."

Manamela was also rude: She shouted at Hassim when she asked about her PHD qualification in psychiatric nursing. "I am here to [testify] as a director‚ not because I was a nurse."

Asked by Hassim if she agreed with the decision to terminate the Life Esidimeni contract‚ she avoided this and said "so so".

Later after insistent questioning about ending the Life Esidimeni contract she finally made an honest admission to Moseneke: "Yes‚ I supported the decision."

Makgabo Manamela‚ one of the three officials behind the Life Esidimeni tragedy‚ returned to the stand on Thursday‚ thus avoiding an arrest warrant ...
News
4 years ago

A warrant of arrest and a medical certificate were sought after suspended director of mental health services in Gauteng Dr Makgabo Manamela failed to ...
News
4 years ago

Owner of home of death testifies in Esidimeni hearings

Ethel Ncube‚ owner of the Precious Angels NGO in which 23 mentally ill adults died‚ has finally admitted that she shouldn’t have taken 58 adults into ...
News
4 years ago