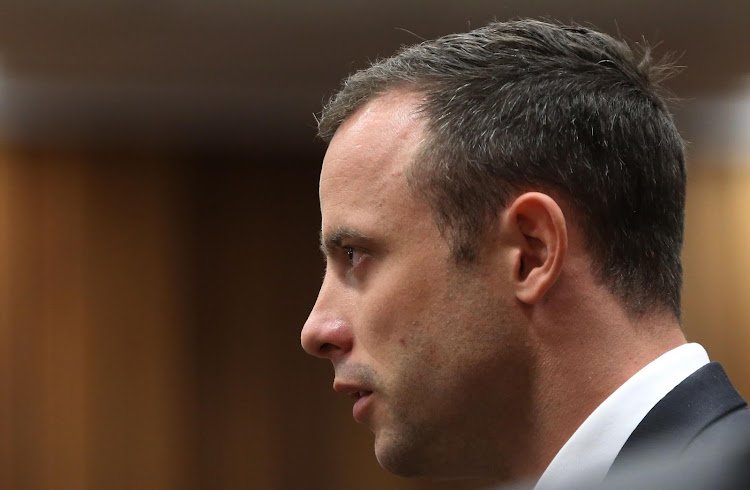 The SCA ruled that Pistorius should receive credit for the periods of imprisonment and correctional supervision he has already served.
Image: POOL via Sapa

The six-year imprisonment sentence imposed on Oscar Pistorius for the murder of his girlfriend Reeva Steenkamp trivialises the seriousness of the offence‚ the Supreme Court of Appeal (SCA) has found.

The SCA on Friday set aside the jail term imposed by the Pretoria High Court on Pistorius last year and replaced it with 13 years and five months.

The judgment comes after the National Prosecuting Authority (NPA) approached the SCA to appeal against Pistorius’s sentence‚ which it argued was “shockingly low”.

“I am of the view that the court a quo [the court below] misdirected itself in its assessment of an appropriate sentence‚” said Judge Willie Seriti.

“The sentence of six years’ imprisonment is shockingly lenient to a point where it has the effect of trivialising this serious offence‚” Judge Seriti found.

He said Pistorius had failed to explain why he fired the fatal shots and his testimony was “vacillating and untruthful”.

“I am of the view that there are no substantial and compelling circumstances which can justify the departure from the prescribed minimum sentence‚” Seriti said.

The SCA ruled that Pistorius should receive credit for the periods of imprisonment and correctional supervision he has already served.

Pistorius was convicted of culpable homicide in 2014‚ but the SCA upgraded his conviction to murder in 2015.

Oscar Pistorius’s brother Carl says he is “shattered‚ heartbroken‚ gutted” by the Supreme Court of Appeal’s ruling that has increased the Paralympic ...
News
4 years ago

Oscar Pistorius’s six-year jail sentence for killing his girlfriend Reeva Steenkamp has been increased to more than 13 years.
News
4 years ago

The Supreme Court of Appeal (SCA) is expected to deliver judgment on Friday in the National Prosecuting Authority (NPA)’s application for appeal ...
News
4 years ago

SPONSORED | These documentaries on Showmax prove that sometimes, when it comes to murder, truth really is stranger than fiction
Lifestyle
4 years ago