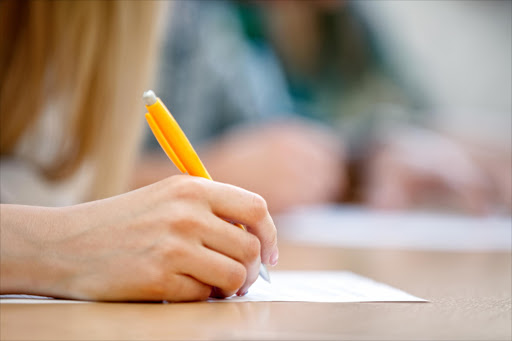 There will be a collective sigh of relief from the majority of matric pupils in Western Cape this week‚ when they write their final examination.

According to the education department‚ 54‚777 will write English on Tuesday‚ and a few will still have to write Design and Agricultural Management Practices on Wednesday.

Then the celebrations will start – but authorities in the province have warned those going to matric rage parties to be careful. According to a joint statement by Education MEC Debbie Schaffer and Transport MEC Donald Grant‚ youngsters are likely to be letting their hair down in Hermanus and Plettenberg Bay. “Matric candidates have worked very hard to get to this point in their lives‚ and while they deserve to celebrate‚ we appeal to them to do so responsibly‚” the statement read.

“We encourage all candidates who will be participating in ‘matric rage parties’ to exercise moderation‚ and to use additional registered car services and public transport services that are available when travelling between venues‚ if they drink alcohol.”

According to Plett Tourism‚ “thousands” are expected to attend the seven-day celebration. Last year‚ pupils were conned into paying for accommodation that did not exist. This year on its website‚ the tourism authority warned that they should verify the accommodation they paid for “actually exists”.

“Plett Tourism cannot be held responsible for any fraudulent bookings‚” the website said.