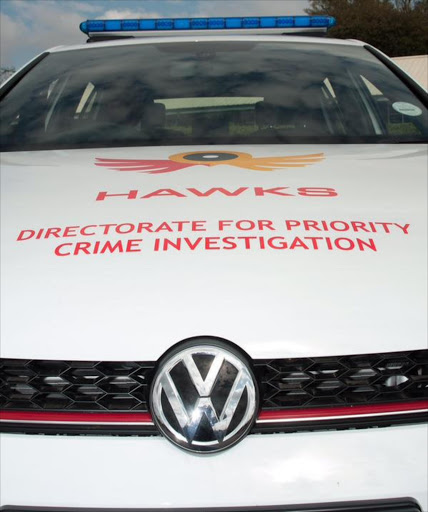 A vehicle belonging to the Directorate for Priority Crime Investigation (Hawks).
Image: SAPS

The Hawks in the Western Cape have made another breakthrough in the murder investigation of alleged international steroid dealer Brian Wainstein.

On Tuesday afternoon the Hawks seized explosives at a self-storage facility in Kraaifontein belonging to a close relative of two brothers implicated in the murder of Wainstein.

“Follow-up investigations on Tuesday afternoon resulted in a team from the Hawks setting their sights on a self-storage facility ... in Kraaifontein‚ Cape Town‚” said Ramovha.

“This culminated in the seizure of over 3‚000 assorted rounds of ammunition‚ 4 firearms‚ 4 grenades as well as two military radios.”

Wainstein was shot and killed in his Constantia home in Cape Town in the early hours of August 18. His wife recalled that two men had come to their home looking for Wainstein. She was awakened later that night by the sound of gunshots and found her husband had been wounded in the chest. The gunmen fled the scene‚ leaving the wife and child unharmed. Only three cellphones were removed from the scene.

“Investigations by police led to the arrest of Fabian Cupido‚ 39‚ on October 10‚ for his alleged involvement in the murder. He remains in custody following a series of court appearances thus far‚ he is expected back in court on November 29 (today)‚” said Ramovha.

The brothers appeared before the Wynberg Magistrate’s Court on Monday. They are expected to appear again at the same court alongside Cupido today.

Wainstein‚ 45‚ had been fighting extradition to the USA where he is suspected of dealing in millions of rands worth of steroids. Last year‚ Cape Town police nabbed him for alleged possession of uncut diamonds as he cruised in town in a luxury car.