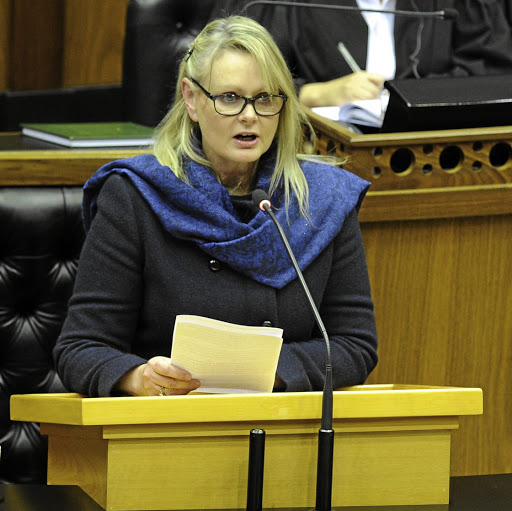 Same-sex couples and adoptive and surrogate parents will soon be able to take parental leave, and fathers will get at least 10 days' paternity leave.

The National Assembly on Tuesday passed the Labour Laws Amendment Bill, introduced as a private member's bill by African Christian Democratic Party MP Cheryllyn Dudley. Now it just has to be voted on by the National Council of Provinces and get President Jacob Zuma's signature before it becomes law.

"This bill is a landmark achievement for LGBTQI (lesbian, gay, bisexual, transexual, queer and intersex) ... rights in South Africa since it is gender-neutral and allows for adoption and surrogacy leave," Sonke Gender Justice's Wessel van den Berg said on Wednesday.

Van den Berg, Sonke's children's rights and positive-parenting unit manager, said the bill allowed for adoption and surrogacy leave, which was not available before.

"The bill now allows for all parents to access leave. This includes fathers and adoptive parents," Van den Berg said.

Dispute about originator of Bill that grants ‘paternal’ leave

A man who petitioned Parliament three years ago for a change in the law to allow both parents to be granted paid leave when their children are born ...
News
3 years ago

The bill provides that an employee who is a parent and who is not entitled to maternity leave will be entitled to 10 consecutive days' parental leave when that employee's child is born or when an adoption order is granted.

The bill also provides that an employee who is an adoptive parent of a child less than two years old is entitled to adoption leave of two months and two weeks consecutively.

If there are two adoptive parents, one of the employees is entitled to adoption leave and the other employee is entitled to parental leave of 10 days.

It also provides that family responsibility leave when a child is born no longer applies and a collective agreement concluded in a bargaining council may not reduce an employee's entitlement to parental leave, adoption leave or commissioning parental leave.

"The country has allowed for same-sex marriage, but we have not allowed for same-sex parenting. This bill allows for gay parents to enjoy the benefits of taking care of their children," Van den Berg said. He said although leave for fathers was good, the bill also provided for an increase in percentage for maternity leave benefits and the improved unemployment insurance fund benefits for millions of workers.

The Congress of South African Trade Unions has welcomed the National Assembly’s passing of the Labour Laws Amendment Bill‚ saying it will see ...
Business
3 years ago

Dudley said she was honoured by the acceptance of the Labour Laws Amendment Bill - "a bill which has been in the making for the past four years".

"Fathers play an important role in the upbringing of their children and the research done by the ACDP left us in no doubt that the provisions contained in this bill would facilitate early bonding between fathers and their children and that stronger and healthier families would be one of the many potential benefits for society as a whole," she said.

Father Hendri Terblanche said even before the ACDP took the matter on, he was the person who first petitioned parliament to adopt paternity leave for fathers.

Terblanche said he wrote a letter to a number of MPs in July 2014 presenting research he had sourced for the implementation of the law, which would give other parents, irrespective of gender, paid leave when their children were born.