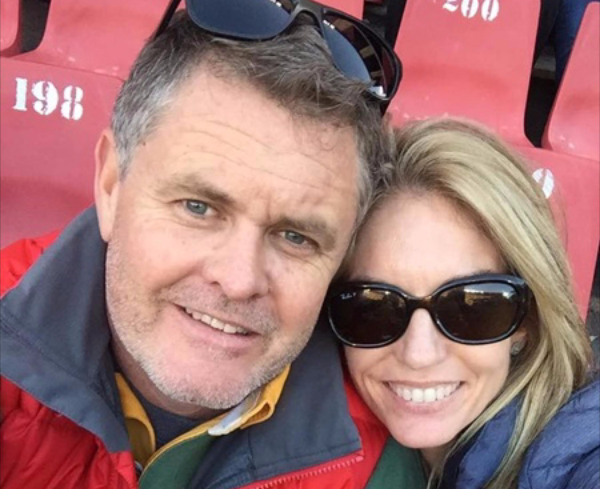 Jason Rohde and wife Susan, who was found with an electric cord around her neck. File photo
Image: Facebook

State pathologist Dr Deidre Abrahams has "no doubt" Susan Rohde's apparent suicide by hanging was faked by someone trying to cover up her murder, she said in the Cape Town High Court on Thursday.

Susan's husband, property mogul Jason Rohde, is on trial for her murder.

Abrahams was the second pathologist in Susan's autopsy, which was performed by Dr Akmal Coetzee-Khan, who also testified.

Graham van der Spuy SC accused Abrahams of not being rigorous enough when performing the bloodless neck dissection in order to establish the cause of Susan's death.

The defence claims a ligature mark around her neck was made by an electrical cord, which she used to hang herself.

Van der Spuy quoted from experts who said that in order to establish that Susan's hanging was staged they would have had to perform a histopathological examination of the tissue.

Abrahams admitted the pathologists did not extract tissue, saying there was no need to.

"One cannot say that a histology can help differentiate between postmortem and ante-mortem hanging," she said.

Abrahams unpicked a research article on postmortem and antemortem hangings and dismissed its relevance.

"This article is not applicable to our case. We had no doubt that this ligature mark was of postmortem origin," she said.

State pathologist Dr Deidre Abrahams has “no doubt” Susan Rohde’s apparent suicide by hanging was faked by someone trying to cover up her murder‚ she ...
News
4 years ago

Rohde pathologist gets day to swot up on academic research

The murder trial of property mogul Jason Rohde was adjourned for a day on Wednesday to give a state witness time to prepare for further ...
News
4 years ago

The judge trying Jason Rohde for allegedly murdering his wife threatened punitive action against one of the property mogul's lawyers on Tuesday.
News
4 years ago

The judge trying Jason Rohde for his wife’s murder threatened punitive action against one of the property mogul’s lawyers on Tuesday.
News
4 years ago

Susan Rohde would have been semi-conscious‚ writhing with pain and coughing up blood in the time leading up to her eventual death by manual ...
News
4 years ago