Drought levy is about our survival‚ De Lille tells Capetonians 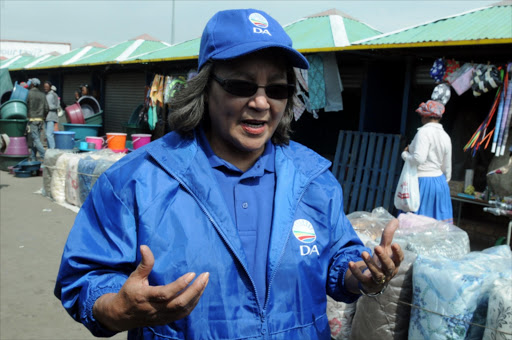 “Without this critical income we will be unable to fund not only all of the proposed water augmentation programmes‚ but also the basic operations required to provide water and sanitation services to the people of Cape Town‚” said De Lille.

A resident with a property valued at R600 000 can expect to pay R35 a month and a commercial property owner whose building is valued at R500 000 may pay R60 a month.

The temporary charge will be in place for four years and the city is looking to raise R1-billion a year.

Residents associations‚ business and opposition parties have slammed the city council for the proposal‚ saying it had failed to act early to avert water shortages brought about by the drought.

“The funds [from the levy] will mainly be used for the day-to-day provision of drinking water and also to ensure that there is sufficient budget available to spend on emergency water augmentation projects if we need them‚” said De Lille.

She said the “drought charge” was not meant to be punitive. De Lille said her administration had already diverted R473-million from other departments in the city to fund its water projects.

“I am appealing with councillors and residents to work with the city and see this as a necessary step to keep the water in the pipes and‚ as far as possible‚ avoid the disastrous implications of ‘Day Zero’ and the introduction of collection points‚” said De Lille.

Cape to shell out even more for water

Cape Town residents will have to dig even deeper into their pockets next year - the city is planning to introduce a new levy to keep the taps running.
News
3 years ago

The City of Cape Town has been slammed for its plan to introduce a new water levy, or "drought charge", early next year.
News
3 years ago