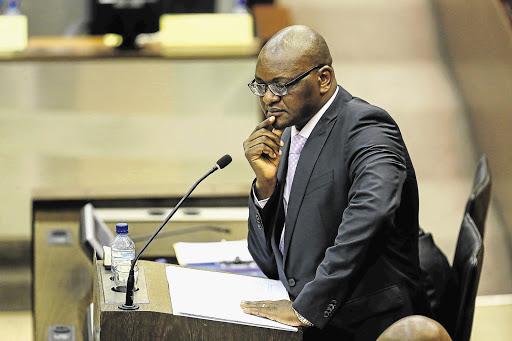 Gauteng’s new Ethics and Anti-corruption Advisory Council will be analysing the province’s ties to auditors KPMG and multi-national software corporation SAP to advise Gauteng premier David Makhura on what steps to take in doing business with these companies.

Both of these companies have been accused of enabling state capture through their dealings with the controversial Gupta-family.

Makhura delivered his annual political report in the Gauteng legislature on Thursday where he made the announcement when referring to the work done by the new civil society-led Ethics and Anti-corruption Advisory Council.

"I have already referred the KPMG issue to them‚ so that they can advise on how the provincial government should deal with ethical questions facing companies that do business with government. The same will apply to McKinsey‚ SAP and others‚" Makhura said in his report.

Troubled audit and advisory firm KPMG has terminated contracts with clients that it considers to be high-risk, including all politically affiliated ...
Business Times
4 years ago

He told journalists that the departments in Gauteng do not do business with McKinsey‚ but that there are ties to KPMG and SAP.

Makhura said the new council was appointed to institutionalise clean governance‚ build a culture of integrity and fight corruption.

Said Makhura: "This body is going to help me and the executive council to clean up government departments and galvanise society against corruption in the public and private sector in our province."