How did the Boytjie lose his billions?

Markus Jooste: How did Steinhoff's brilliant boss manage to cause one of the biggest company crashes in SA history? 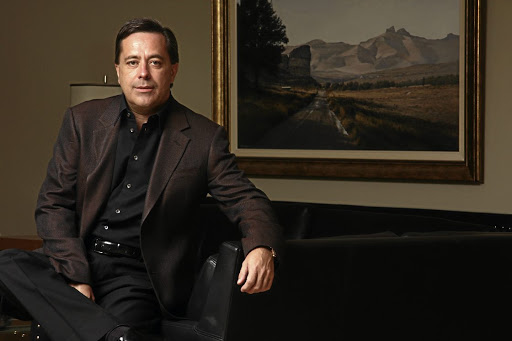 Markus Jooste, the billionaire face of South Africa's biggest ever corporate scandal, grew up in the world of horse racing and gambling.

This week his own bets turned to dust as he was forced to resign as CEO of Steinhoff International hours before R194-billion of value - almost its entire market capitalisation - in the company he founded was sensationally wiped out.

In 48 hours, household goods retailer Steinhoff's losses - against the background of an alleged accounting fraud probe by German investigators involving the value of international assets and revenue - were greater than the estimated losses to the country in the Gupta-orchestrated state capture scandal.

Sygnia asset management CEO Magda Wierzycka said this was "as close to a corporate-structured Ponzi scheme as one can get''.

South African civil servants whose pensions are invested through the Public Investment Corporation have lost billions.

The meltdown of one-time JSE-darling Steinhoff has implications beyond headlines in the business pages.
Ideas
4 years ago

It's not just the million-plus government employees who will be a little poorer. Ahead of this week's crisis, Steinhoff was one of the 15 largest companies on the JSE, and was widely held by funds managing ordinary South Africans' pensions.

The scale of the Steinhoff scandal has thrown Jooste into the broader public spotlight outside of corporate boardrooms.

Who is this man, until days ago regarded as a near-genius entrepreneur, whose reputation now lies in tatters?

Jooste is an avid horse racing fan and owns the largest number of thoroughbred racehorses in the country. His stable competes in prestige events around the world.

"My father was a punter. He worked for the Post Office in Pretoria in Bosman Street. The office where he worked . had a Tattersalls right next door,'' Jooste told BizNews in June last year. "On Saturdays, as a young boy, I went with him. At the age of 12, I was what you call a runner - the guy who ran between bookmakers with tickets laying off their bets with each other.

"Racing is also my relaxation outside of my day job. If I come into a hotel room at 11 at night, I fire up my iPad and watch my horses racing all over the world. That's when I relax."

He graduated from Stellenbosch University as a chartered accountant and completed his honours degree at the University of Cape Town while finishing his articles at a company then owned by business titan Christo Wiese, one of South Africa's wealthiest men - although that may have changed this week.

Wiese is now executive chairman of Steinhoff and is running the company following Jooste's exit. As Steinhoff's biggest shareholder, some estimates are that Wiese lost as much as R37-billion in the collapse.

Jooste ran Steinhoff, which has more than 130,000 employees in 32 countries, for close to 30 years and did not court attention, despite his wealth and success.

"He might be less reclusive than Hollard's Dick Enthoven or Caxton's Terry Moolman, but encountering Steinhoff CEO Markus Jooste in the flesh these days still seems akin to spotting the yeti or the Loch Ness monster," Giulietta Talevi wrote in the Financial Mail in October.

"It's clear that Jooste, a charming accountant with ladies-man appeal who also happens to own the largest number of racehorses in the country, doesn't much like the public eye."

A business associate, who asked not to be named, told The Times: "Very simplistically, if you want to put it in a South African sense, he's a lekker boytjie.

Steinhoff International Holdings NV extended Wednesday’s record plunge in the wake of an accounting scandal and said it planned to raise at lease 1 ...
Business Times
4 years ago

"No airs and graces; he doesn't try to talk with a toffee in his mouth. He's got a real guttural Afrikaans accent and sometimes you want to laugh when he pronounces things," the insider said.

"Clearly, it wasn't all what it seemed."

Leading analyst and portfolio manager Wayne McCurrie described Jooste as "a nice guy" who had obviously acted under severe pressure.

"Something of this magnitude didn't just spring up last night," he said.

"If you had asked me last Friday I would have told you I did not think he was capable of this and I didn't think he was a crook," McCurrie said.

Steinhoff has more than 40 brands and 12,000 retail stores in 30-plus countries
Business Times
4 years ago

Jooste, in a statement to his colleagues announcing his resignation, shouldered all the blame for what appeared to be a misrepresentation of assets Steinhoff held overseas.

McCurrie added that the Steinhoff debacle was "the worst he had ever seen" in his 30 years in the finance game but that the effect on "Joe Public'' was likely to be very little.

"The problem is we just don't know enough right now. Most of what analysts are saying is speculation based on the very limited information available."

On Thursday, the Cosatu-affiliated SA Clothing and Textile Workers' Union - which has thousands of members working at Steinhoff-owned companies such as Pep, Ackermans and Shoe City - said it would call for a meeting to enable the union to reassure its members.

Much would emerge in the next two months or so, McCurrie said. But it could be years before the scandal was put to bed.

Steinhoff closed at R10 a share on Thursday afternoon, down from R50.34 on Monday afternoon.