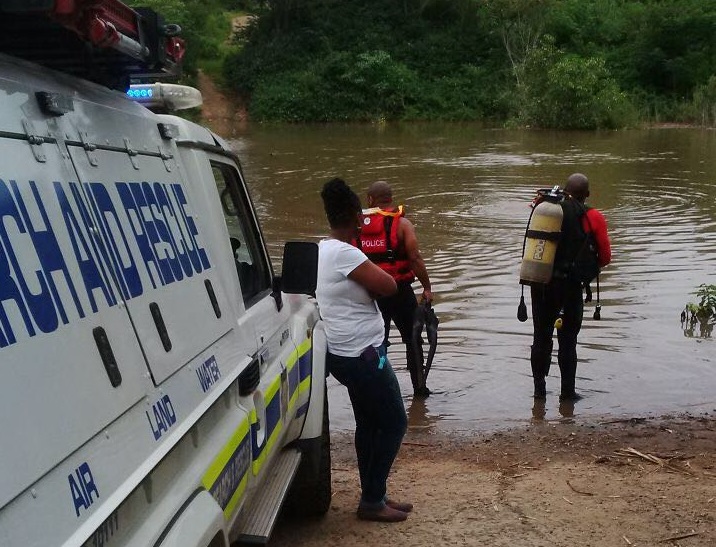 Police divers from the specialised Search and Rescue Unit search the murky depths of the Umdloti River for the bodies of two boys who drowned while swimming on Monday
Image: SAPS SEARCH AND RESCUE UNIT

Two boys - aged 10 and 11 - drowned while swimming in the Umdloti River‚ north of Durban‚ on Monday.

The boys‚ understood to have been on a school holiday break‚ had sought respite from the Durban heat and taken to the water. They got into difficulty while swimming and disappeared beneath the water’s surface.

Police divers from the Search and Rescue Unit‚ guided by the keen nose of a specialised dog‚ conducted a search for the children on Monday afternoon after they were reported missing.

After a brief search‚ the bodies of the boys were found at a depth of five metres below the surface. The bodies were pulled to the water’s edge.

Police are understood to be investigating an inquest docket to establish the events leading up to the drowning.