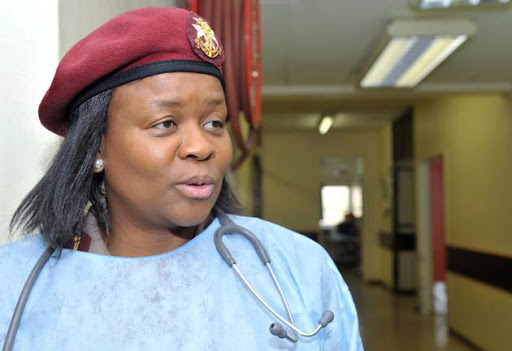 Health MEC Gwen Ramokgopa commended the Hawks and SAPS for working tirelessly on this and other cases that are aimed at protecting the department as a precious asset of the South African people. File photo.
Image: Gallo Images/Foto24/Lisa Hnatowicz)

An official of the Gauteng department of health has been convicted of conspiring to commit murder‚ Health MEC Gwen Ramokgopa said on Wednesday.

Briefing the media in Midrand‚ Ramokgopa said Zandi Qwabe‚ a clerk at the Bheki Mlangeni Regional Hospital in Soweto‚ had organised hitmen to have the CEO and the labour relations manager of the hospital killed.

“Today one of our employees appeared in Protea Magistrate's Court. This follows her arrest for threatening management at Bheki Mlangeni Regional Hospital. She was convicted on 13 November 2017 for conspiring to commit murder‚” Ramokgopa said.

“The case has been postponed to the 2nd of February 2018 for sentencing. I commend the Hawks and SAPS for working tirelessly on this and other cases that are aimed at protecting the department as a precious asset of our people.”

She further said that her office has upheld 23 dismissals‚ eight suspensions and five final written warnings within the department.

“These sanctions must serve as a lesson to those who might think of committing crime under our watch. There is no place to hide for corrupt officials‚ especially those collaborating with criminal elements to defraud a service whose mandate is to save lives. Public service belongs to the thousands of upright‚ honest and caring health workers who provided services to over 27 million patient visits in the past year‚” said Ramokgopa.