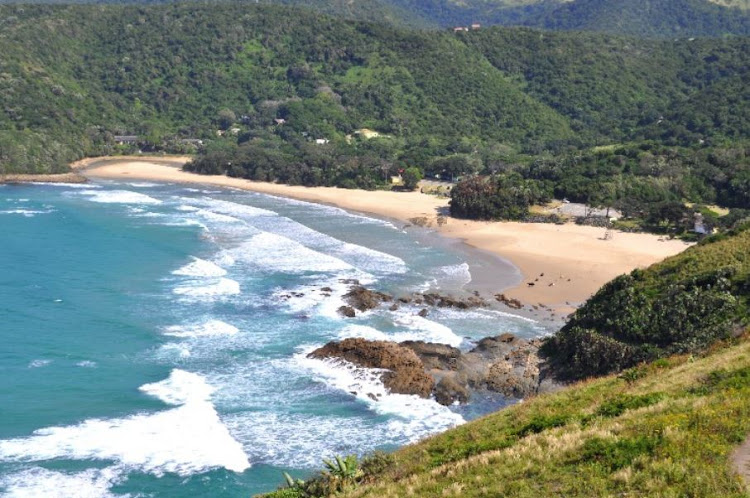 The incidents were brought about by the continuous consumption of alcohol. The town is flooded by kids drinking in an uncontrolled manner: NSRI.
Image: travellerspoint.com via Google photos

The discovery of the "skeletal remains" of a drowning victim at Port St Johns on the Transkei coast has raised concerns over the safety for beachgoers at the holiday hotspot.

TimesLIVE understands that at as many as three people drowned on Sunday while swimming at Second Beach‚ the most popular swimming beach in the town‚ and another person drowned on Saturday. A source said that alcohol consumption was believed to have played a factor.

The Eastern Cape health department sent a rescue helicopter to search for the drowning victims on Sunday‚ but to no avail because‚ according to department spokesman Sizwe Kupelo‚ bad weather cut the flight short. They did‚ however‚ "spot two sharks" near the drowning site.

On Monday‚ however‚ a grisly discovery was made.

"Yesterday (Sunday) we received an emergency call about three drownings at Port St Johns' second beach. We dispatched our medical chopper but unfortunately the search had to be called off due to weather conditions. Only two cases were recorded with the police. During the brief search our air crew spotted two sharks.

"This morning (Monday) a skeleton of one of the victims was discovered after being washed out of the sea. The skeleton had a head and a small piece of flesh on the leg. The other victim is still missing‚" said Kupelo.

John Costello‚ who heads up the National Sea Rescue Institute in Port St Johns‚ said that the party atmosphere that gripped the town likely played a role in the weekend's incidents.

"The incidents were brought about by the continuous consumption of alcohol. The town is flooded by kids drinking in an uncontrolled manner‚" he said.

Costello said that a lack of lifeguards and policing was a crisis waiting to happen.

Commenting on the remains found on Monday‚ Costello said that the lack of flesh did not necessarily point to a shark attack. Instead‚ he said‚ it was more likely that smaller fish‚ various insects and crustaceans‚ including crabs‚ picked at the body as it sank to the bottom.