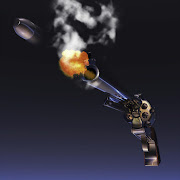 Residents in and around Mthatha in the Eastern Cape are still reeling with shock over the gruesome murders of three people in separate incidents over the weekend.

In a first incident‚ a taxi driver was shot nine times and died while parking outside a block of flats at Lujecweni village on Saturday.

Police spokesman Lieutenant-Colonel Mzukisi Fatyela said the 34-year-old taxi driver was attached to the Border Alliance Taxi Association. Fatyela said the incident took place at 8.30pm. The suspect is still at large. Fatyela said nine spent cartridges were found next to the body of the deceased.

The incident happened hours before a 24-year-old rape suspect from Slovo Park was killed by an angry mob at Mandela Park for allegedly attempting to rape a 50-year-old woman.

Fatyela said the man was chased down by an angry mob after he had allegedly invaded the home of the woman at 1.30am on Sunday.

Fatyela urged anyone with information that may lead to an arrest to contact the police. The suspect is still at large.

In an equally shocking incident‚ a 52-year-old woman was raped‚ killed and her house torched by an unknown suspect.

The incident took place at Qhokoma village in Ngqeleni on Sunday evening.