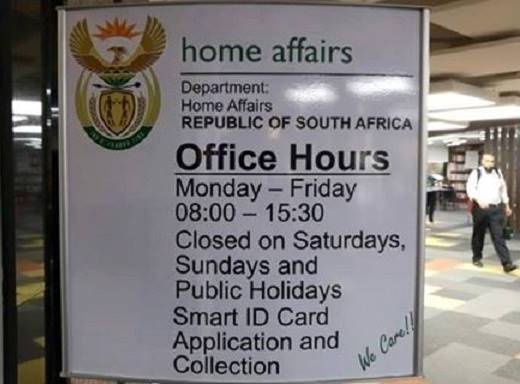 The Department of Home Affairs said on Tuesday it is facing "challenges" with the Live Capture system for passports and smart ID cards.

This‚ it says‚ is due to problems on the Home Affairs National Identification System (HANIS) which have affected turnaround times in some of its offices.

"The Department's technicians are currently replacing damaged equipment on the system‚" the department said.

"This only affects offices with the Live Capture system. Other services‚ including births‚ marriages and deaths registration are not affected."

Offering its apologies to clients for any inconvenience caused‚ the department added it is confident "that the affected services will be recovered‚ hopefully by later today".