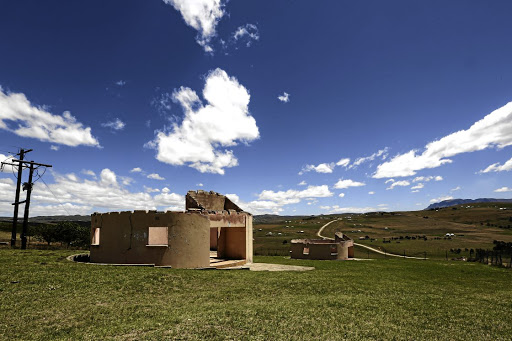 Nkantolo is in Mbizana municipality in the Eastern Cape near the KwaZulu-Natal border.
Image: Moeletsi Mabe

A lot of people are leaving the Eastern Cape in search of better living conditions and employment opportunities‚ it appears. Between 2011 and 2016‚ 326‚171 people left the province.

This has emerged in a report by the Institute of Race Relations in South Africa which provides a glimpse into living conditions in the nine provinces of the country.

The report was compiled by the institute's Centre for Risk Analysis and factors such as demographics‚ economy‚ education‚ living conditions‚ politics and governance were taken into account when scrutinising the provinces.

More than 40% of people in the Eastern Cape live in poverty - the highest number in the country. Only 69.8% of Eastern Cape residents live in formal houses and 13% of all homes use electricity for heating.

The report continues to paint a grim picture of the picturesque province. It has the biggest proportion of children who have lost both parents.

Many people have moved from “worse-off areas” to “better-performing provinces” such as Gauteng and the Western Cape.

Even though Gauteng is the smallest province‚ covering a land area of 1.5% of the entire country‚ the report reveals that between 2011 and 2016 close to one million people migrated to the province. Gauteng contributes more than a third of South Africa’s national economy and has the highest GDP per head is at R80‚945.

Moving to the Western Cape can be good for your health. Here people have the highest life expectancy. Unemployment also seems to be the lowest as the labour absorption rate stands at 53.9% and labour market participation is at 68%. More than 290‚000 people migrated to the Western Cape between 2011 and 2016.

According to a statement by the institute: "People with higher levels of education are more likely to be absorbed into the labour market; in 2016‚ the Western Cape had the highest National Senior Certificate (matric) bachelor’s pass rate‚ the requirement for getting into university."

At 47% Gauteng‚ on the other hand‚ has the highest percentage of children aged four and up attending some form of early childhood development centre. Gauteng also has the most literate adults at 90.6% and about 8% of Gauteng residents hold a tertiary education qualification - the highest in the country.

The death toll of initiates in the Eastern Cape has now risen to 15 following the deaths of three more young men this week.
News
4 years ago

The family of farmer Riaan Scheepers from Alexandria in the Eastern Cape said this evening that Scheepers had died after a weeks-long battle to stay ...
News
4 years ago

Angry revellers attending a music concert in Mthatha in the Eastern Cape on Saturday night took their frustration out on the event equipment‚ causing ...
News
4 years ago