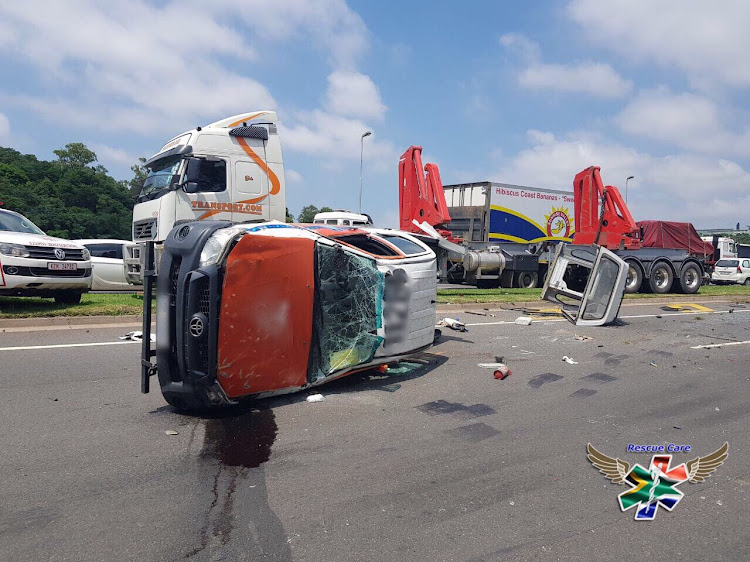 One person has died and two others were injured when a truck crashed into two cars on the N2 in Durban on Thursday.
Image: RESCUE CARE

Firefighters and paramedics battled for nearly half an hour to free two people trapped inside the wreckage of a car on the N2 in Durban on Thursday morning.

The driver of one of the cars was declared dead on the scene‚ while two passengers in the backseat were trapped. 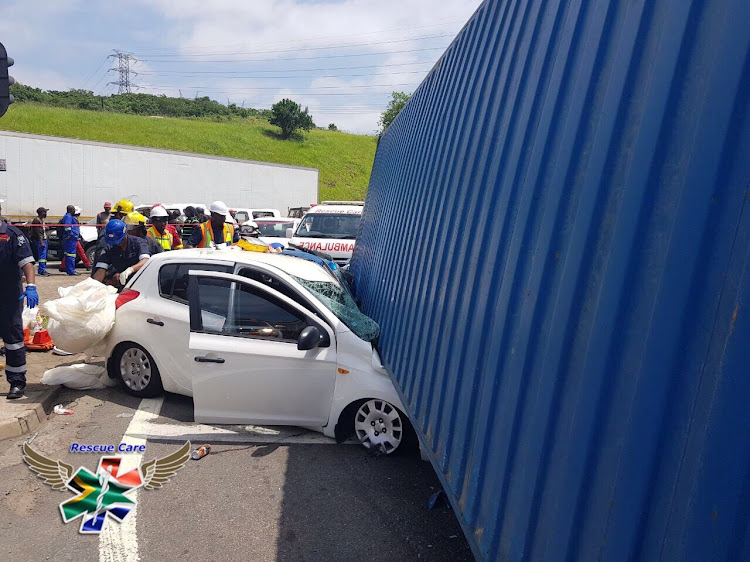 Firefighters and paramedics battled for nearly half an hour to free two people trapped inside the wreckage of the car.
Image: RESCUE CARE

Rescue Care paramedic Ceron Lennox can be seen in one photograph from the scene inside the wrecked car‚ trying to stabilise one of the passengers while firefighters cut them free.

The M7 will remain closed as emergency services work to clear the scene‚ and motorists are advised to avoid the area until further notice.

The holiday season is getting started with toll roads signalling increased traffic in South Africa's holiday province of KwaZulu-Natal while Limpopo ...
News
3 years ago

Six people died and 14 injured when a minibus transporting patients overturned on the N6 road in the Eastern Cape on Wednesday morning.
News
3 years ago

Joburg jogger knocked over and killed

A jogger was knocked over and killed by a passing car on Saturday afternoon in Roodepoort‚ Johannesburg.
News
3 years ago

10 dead after taxi crashes into cows in Mpumalanga - reports

Ten people were killed when a taxi hit three cows on the R538 between White River and Hazyview in Mpumalanga on Friday night‚ according to various ...
News
3 years ago