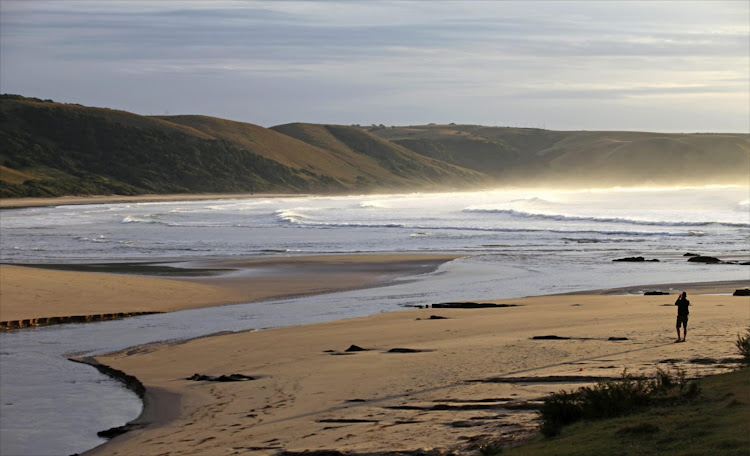 A last-minute intervention could have saved the lives of holidaymakers heading to Port St Johns this festive season‚ as a lifeguard’s strike was averted.

Four people have already reportedly drowned in the coastal Eastern Cape town over the December 16 weekend‚ when no lifeguards were on duty. The National Sea Rescue Institute (NSRI) warned that if the absence of the lifesavers continued‚ there was “no doubt that there will be more drownings”.

But it appears this scenario has been averted after successful crisis talks in the municipality on Wednesday. Workers – including lifeguards‚ cleaners and municipal police – were reportedly back on work on Thursday.

But it was too late for the owners of the Umzimvubu Retreat B&B‚ who lost out after a Swiss family‚ who had booked to stay for five days‚ decided to cut their trip short because they felt threatened by the strike action.

About two weeks ago‚ traffic was backed up for almost 2km on the main road‚ leading to what is known as the “jewel of the Wild Coast” as angry municipal workers burned tyres and wood to block the route.

Among other things‚ the striking workers were demanding the immediate removal of municipal manager Ngamela Pakade‚ whom they accuse of corruption and flouting regulations and policies in awarding multi-million rand contracts. They were also calling for the heads of council speaker Thandisizwe Kukula and other officials.

Among the striking workers were the municipality’s five permanent lifeguards‚ who claimed to have worked for months without being paid.

One of the lifeguards said this week that the municipality was expected to employ 35 temporary lifeguards at the OR Tambo district municipality‚ adding 20 to man the town’s 17 beaches. Until Wednesday’s resolution‚ none of those 60 would have been protecting the beaches.

Mayor Lindelwa Rolobile confirmed that workers were back on Thursday. She said workers had had more than 20 grievances‚ dating as far back as 2013.

“We resolved that they should go back to work and that right processes should be followed. We decided that we will decide what we will do with some of their grievances‚” she said.

Dries van der Merwe‚ chairman of the Port St Johns ratepayers’ and residents’ association‚ blamed the municipality for not realising their workers were their most important asset.

NSRI station commander John Costello said having unprotected beaches would have been a nightmare.

“The sheer number of people gravitating to the beaches‚ as well as the apparent inability of police and local authorities to control the excess of alcohol and subsequent drunken irresponsible behaviour‚ all serve to create a scenario for tragedy to occur.

Add to that the lack of lifesaving personnel and equipment over the busy periods‚ and there is no doubt that there will be more drownings over the next few weeks‚” he said.