This is worth millions! Top YouTuber shares his special day in Cape Town 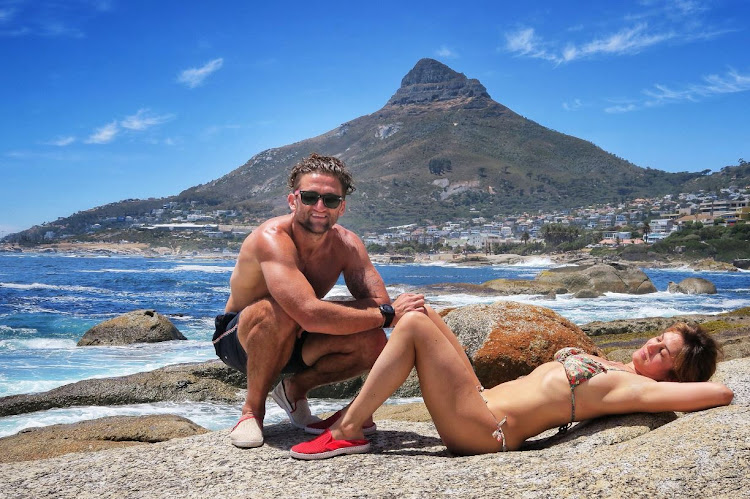 Top YouTuber Casey Neistat is back in Cape Town to celebrate the fourth anniversary of his wedding to South African Candice Pool.

Neistat‚ 36‚ from New York City‚ told his 2.9 million Instagram followers on Friday: "Today is our fourth anniversary! Spending the day at the beach with the fam. Candice’s mom congratulated me by saying‚ ‘never thought you two would make it this long’."

The post was accompanied by a picture of the Neistats on the rocks in Bakoven. A day earlier Neistat used Twitter to post a selfie taken on Lion's Head‚ saying: "So good to be back in Cape Town." It went to his 2.9 million followers.

Pool was born in Cape Town but brought up in Texas‚ US. She and Neistat eloped in 2005 but their marriage was annulled after a month.

They remarried on December 29‚ 2013‚ at the Grand Africa Café & Beach at the V&A Waterfront in Cape Town‚ and also spent their third wedding anniversary on holiday in the city with Pool's family and their daughter Francine.

In the last video he shared with his 8.6 million YouTube subscribers before leaving New York‚ Neistat said he would be away for eight to 10 days.

Pool‚ 40‚ is creative director of FINN Jewelry‚ which she co-founded in 2005. Her clients have included actress Naomi Watts and singer Taylor Swift.