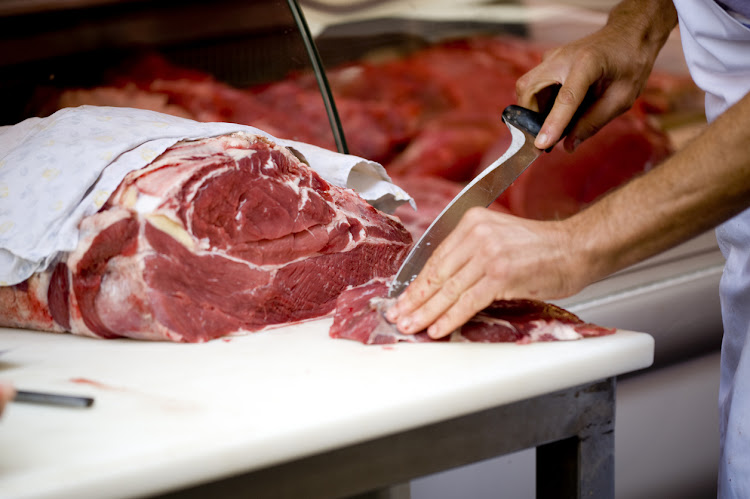 Gauteng health MEC Gwen Ramokgopa said the contaminated meat sample was traced to a shop in Pretoria and then to an abattoir. File photo.
Image: iStock

The Gauteng government has issued a prohibition notice to an abattoir in the Tshwane area, halting it from distributing meat after samples tested positive for listeria.

The provincial health department said on Saturday that investigators were led to the abattoir after a food sample linked to a patient who had contracted listeriosis tested positive for the pathogen.

Gauteng health MEC Gwen Ramokgopa said the sample was first traced to the Pretoria area. “Further investigations led our investigators to the abattoir that supplied this particular shop with meat.”

The National Health Laboratory Service tested samples from the abattoir and found the listeria pathogen.

The prohibition notice was then issued to the abattoir in terms of regulations governing general hygiene for food premises and the transport of food‚ Ramokgopa said.

The abattoir now has to identify the source of contamination‚ disinfect its premises‚ and take surface swabs and water samples before and after disinfection.

Gauteng is the province most affected by listeriosis‚ with more than 360 cases and 28 related deaths in the past year.

The Gauteng department of health called on people to practise basic hygiene – for example‚ by washing their hands after they visited a rest room.

“We also encourage them wash their vegetables and fruits before consuming them; boiling water prior to use if they are not sure of its origin; avoiding drinking unpasteurised milk; and cooking food at a high temperature‚” the department said.

Outbreak response teams have been mobilised by the City of Johannesburg to educate residents on how to prevent the spread of the food-borne illness ...
News
4 years ago

Reacting to Health Minister Aaron Motsoaledi’s announcement on Tuesday of a countrywide outbreak of the food-borne disease Listeriosis‚ Eastern Cape ...
News
4 years ago