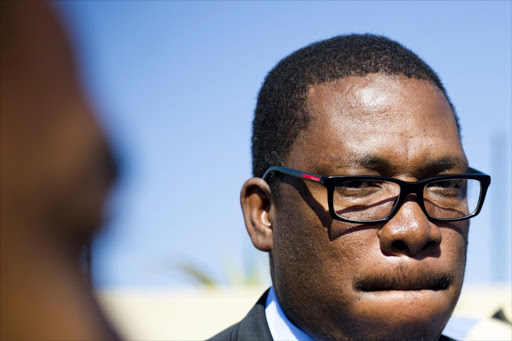 Gauteng education MEC‚ Panyaza Lesufi‚ said out of the total of 28 schools damaged during the festive season‚ four - all in Tshwane - were vandalised.
Image: Gallo Images / Foto24 / Theana Breugem

The estimated cost of repairing at least 28 schools damaged by the storm and vandalism has been put at R140-million‚ the department of education in the province said on Sunday.

A total of 23 schools‚ the majority (8) in Mogale City‚ were damaged by the heavy hail storm that battered parts of Johannesburg and surroundings‚ leaving a trail of destruction in its path‚ in December.

Gauteng education MEC‚ Panyaza Lesufi‚ said out of the total of 28 schools damaged during the festive season‚ four - all in Tshwane - were vandalised.

“Several schools were damaged by the recent storm or were vandalised during holidays. We have conducted an audit of these schools and they will be repaired in due course. The estimated cost of repairing the schools is R140-million‚” he said.

Lesufi said they had noted with dismay the break-in and assault of scholar patrollers at Freedom Park secondary school last Friday.

“One of the patrollers has been admitted in hospital and we wish him a speedy recovery‚” he said.

Despite this massive setback‚ Lesufi was confident that his department was ready for the 2018 academic year‚ to ensure the first day of school on January 17 commenced without disruption.

He said the department has built and opened about 48 schools since 2014 and will provide extra classes using Alternative Construction Technology (ACT) and mobile classrooms.

He said they plan to provide daily meals to 1.4 million learners and transport 104‚000 learners per day‚ adding that all schools will have adequate educators.

NYDA warns it will 'viciously attack' those who undermine free education

The National Youth Development Agency (NYDA) warned on Sunday that it will “viciously attack” those who continue to undermine and question the ...
News
3 years ago

All learners will be placed: Lesufi

About 17‚000 learners whose parents applied on time for their admission to Gauteng schools are yet to be placed but the provincial department of ...
News
3 years ago