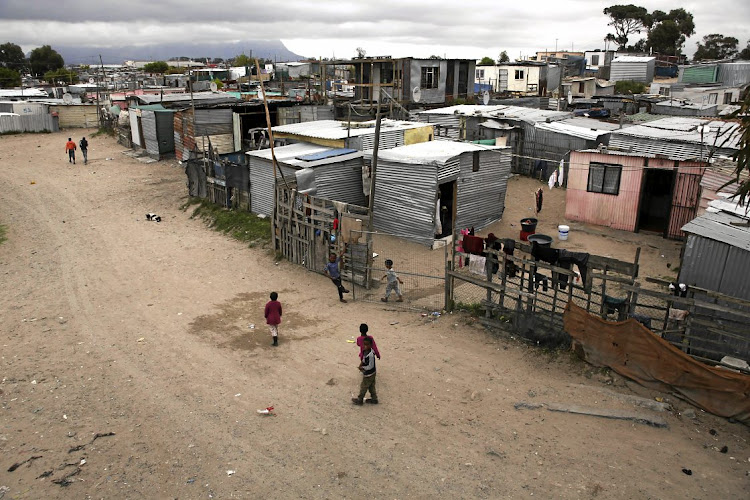 Two people died and three were injured in another tavern shooting in Marikana informal settlement in Philippi on Saturday night.

Last September 11 people died when a group of men opened fire in a tavern.

Police spokesperson FC Van Wyk said Saturday’s shooting happened at about 10:30pm when an “unknown group of suspects entered the shebeen‚ robbed the people inside and randomly shot at people.”

“My nephew‚ Fillip Mayali‚ lived next door to the tavern and the tavern owner kept some of his alcohol there‚ like brandy and whisky. After the people opened fire at the tavern‚ they took the tavern owner to Fillip’s shack. They kicked down the door‚ asked Fillip where the alcohol was and they shot him in the back. He died in hospital‚” said Fillipus.

Mayali had been living in Philippi for a year.

Community leader Melikhaya Laphi said the community suspected that the perpetrators are either the same group of people that committed last year’s crimes‚ or they are affiliated with them.

“This incident happened at the Savimbi Tavern. We strongly believe these people are in some way linked to the others who did the same thing at the Emaweleni Tavern in September. Some people are saying that when they entered the shebeen they said ‘Siphinde sabuya’ [we are back again] before opening fire‚” said Laphi.

Police told GroundUp  they could not say whether the people who committed this crime were linked to last year’s one. A case of double murder and attempted murder has been registered for investigation. No arrests have been made.

In November last year‚ National Minister of Police Fikile Mbalula announced that four people directly linked to the murders in September of 11 people in Marikana informal settlement in Philippi had been arrested.