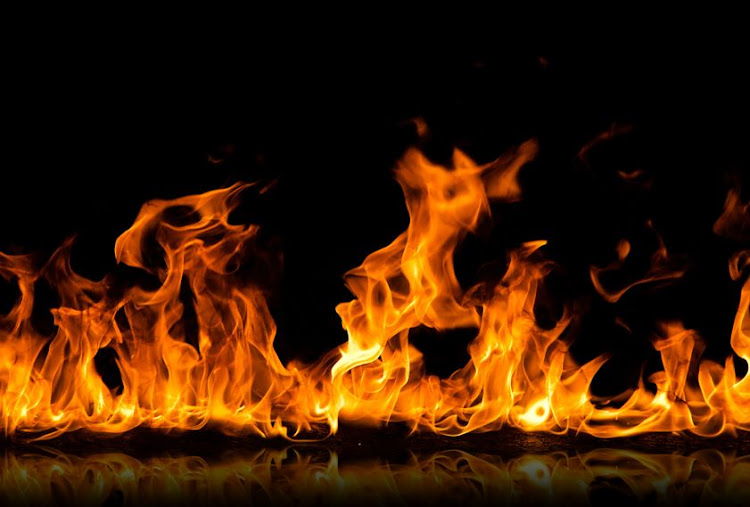 Farmers battled for more than six hours to extinguish a runaway fire at the weekend that destroyed about 77‚000 hectares of land in the Free State.

Millions of rand were lost by the farmers‚ between Bloemfontein and Kimberley‚ as the inferno tore across grazing fields‚ destroying a lapa‚ animal feed store and tractor.

Malcolm Procter from the department of agriculture‚ forestry and fisheries (DAFF) and Free State Agriculture CEO Gerhard Kriel visited the area on Tuesday afternoon to determine the extent of damage.

Procter said more than 77‚000 hectares of land were burnt.

“At this stage we estimate the fire damage to stand at 77‚000 ha. The fire started at 1pm on Saturday and it was extinguished by 7:30pm on the same evening. The implication is that 12‚000 hectares burned every hour or 200 hectares a minute‚” said Procter.

He said that farmers rallied together to extinguish the fire as there were no emergency personnel or firefighters on the scene to douse the flames. Procter said wind speeds of up to 40 km/h were forecast for that day and suggested that somebody cooking at the roadside could have started the fire.

Free State SAPS spokesperson Warrant Officer Lorraine Earle said more than 30 farms were affected by the fire. “At this stage they are still busy determining how many hectares burned down but it is definitely more than 60‚000. It is grazing fields and bushy areas where game is kept‚” she said.

“A lapa that someone lived in‚ a store with feed was also destroyed (and) in the store there was a tractor that burned down. The fire caused a lot of damage. We suspect that the fire started next to the road. Our forensic team was on the scene on Monday‚ to try and pinpoint where the fire started exactly. An open fire next to the road at this stage seems to be the cause‚” said Earle.

Earle said an investigation was ongoing and no arrests had been made.