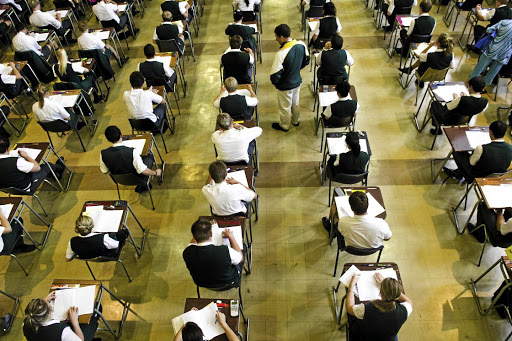 More than one million pupils started school in 2006. Twelve years later those who made it to matric in 2017 earned less than 10‚000 distinctions per subject.

South Africa’s latest batch of matriculants achieved: 1‚882 A symbols for maths literacy‚ 272 As for agricultural sciences‚ 5‚040 As for accounting and 7‚861 As for physical science.

“The quality of the matric pass is still far too low for the sheer number of kids writing exams‚” said Basil Manuel‚ executive secretary of teachers’ union Naptosa.

Speaking on the fact that there were only a few thousand distinctions per subject‚ Manuel said: “There are far too few kids in the upper echelons of achievement.”

The Department of Basic Education’s official Examination Report for 2017 explains how many A symbols per subject matriculants received. Those passes are known as a distinction – a mark between 80% and 100%.

• 5‚040 distinctions achieved in accounting – representing 4.9% of all those who wrote – a decrease from year before

• 1‚882 distinctions for maths literacy by only 0.6 % of all those who wrote the exam. This was significantly less than 1.2% of all pupils who achieved A symbols in 2016.

• 6‚726 distinctions for mathematics‚ representing 2.7% of all those who wrote the exam.

• 2‚343 distinctions for business studies‚ representing 1% of all those wrote.

Manuel explained that these figures did not even show the full extent of the problem since many matriculants had achieved distinctions in multiple subjects. In other words‚ only a small pool of pupils had scored top marks.

TimesLIVE calculated that less than 1% of all pupils who started Grade 1 would 12 years later achieve distinctions in the “gateway” subjects of geography‚ mathematics‚ accounting and physical science.

Another number that garnered little publicity when matric results were announced‚ was the fact 15% of matriculants dropped out between January 2017 and the final examinations in November.

Department of Basic Education spokesman Elijah Mhlanga shed some light on why there was a 15% drop-out rate in matric and why 645‚000 pupils left school between Grade 10 and the end of matric.

“The reasons for drop-outs are many and varied‚” he said. “Some learners drop out of the education system because they can’t cope with the demands of the curriculum‚ they fail and end up leaving.”

He said that some “leave school to find jobs to care for themselves and their siblings in child-headed households.” Some live on the streets.

“Others drop out to start business and a certain number of them die. Some are jailed for crimes. Some don’t feel school has value as they are bored‚” he said.

I was delighted to be out of the country and escape the annual freak show of the ministerial announcement of the 2017 matriculation results.
Ideas
4 years ago

Didn't get the marks you wanted? Don't let that deter you from following your dream!

Perhaps you didn’t know that you needed to get certain marks to qualify for the degree you want to do, or you just didn’t achieve what you had hoped ...
Features
4 years ago

Gauteng education MEC Panyaza Lesufi is pushing for a debate on the need for a single national examination body to oversee the National Senior ...
News
4 years ago

Which province has the best pass rate? It's complicated

The Free State came top in the matric results‚ with the highest number of passes but a closer look at results shows the best quality passes came from ...
News
4 years ago

Drug use‚ gangsterism‚ overcrowding and lack of funding are to blame for a 3.2 percentage point reduction in the Western Cape matric pass rate.
News
4 years ago