Situation in Rustenburg still tense‚ but under control: police 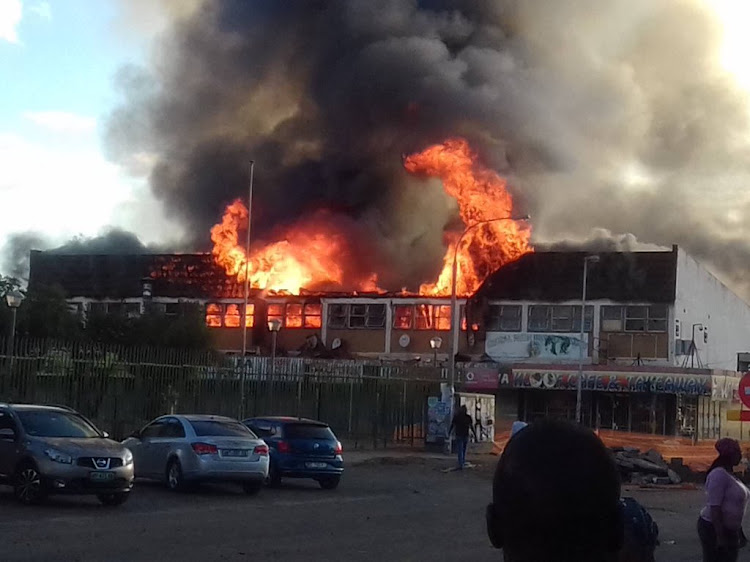 Rustenburg community members went on a rampage‚ burning buildings that are believed to be drug dens. File photo
Image: Melo waBotho via Twitter

The situation in Rustenburg is still tense but the police say they are on high alert after six buildings were torched earlier in the week.

“The situation is still tense but the police are present there. We have the situation under control and we continue to call on the communities to keep calm‚” said police spokesperson Vish Naidoo on Radio 702 on Friday.

Rustenburg came to a standstill on Wednesday afternoon when more than 50 community members went on a rampage‚ burning buildings that are believed to be drug dens.

The police said it was possible that the outrage was sparked by the arrest of a man who had allegedly raped a teenager as well as that of a police officer who was found in possession of drugs at the same place.

Rustenburg came to a standstill on Wednesday afternoon as more than 50 community members went on a rampage‚ burning buildings that are believed to be ...
News
4 years ago

“Most of our arrests in December were related to drug and alcohol abuse.”

He said the police have to identify the drug dens that have created problems in Rustenburg and bring those implicated to book.

“People who can help us do this‚ are community members. We continuously ask communities to get involved‚ be our eyes and ears‚ give us information so that we can do the necessary to bring these people to book.”

On claims that the police have been given information on drug dealers but have not been doing anything about it‚ Naidoo said: “We do sometimes get that complaint. You will hear very soon once we consolidate our successes for the festive season operations. There is a lot of work being done. You will have those isolated incidents where police are not acting. We won’t tolerate our members not responding to legitimate complaints by the public.”

He said the police understand the frustration of the community of Rustenburg but they urge them to work with community policing forums and other community structures so they can be part of the process of overcoming the drug problem in the town.

“Resorting to vigilantism makes the communities no different from those very drug lords that are alleged to be committing those initial crimes.”