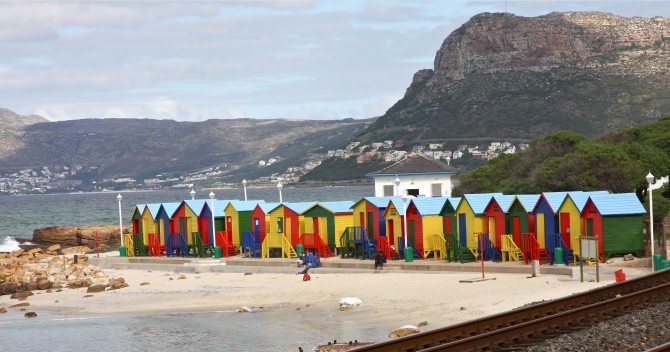 Marais said the earlier confusion over the number of stabbing incidents was because the group of hikers scattered to escape the assailants.
Image: Everything South Africa

Police and private security guards launched a hunt for two attackers in the mountains above Kalk Bay in Cape Town on Saturday after five hikers were stabbed.

Wilderness Search and Rescue were alerted to the first attack around 9.20am‚ said spokesman Johan Marais.

Clarifying earlier reports that there had been at least three stabbing incidents‚ Marais said: “It appears as if a group of nine had been hiking in the Silvermine reserve when they encountered two men who looked like hikers.

“They joined the group‚ and having walked with them for about 30 minutes the two males suddenly attacked the original group participants and stabbed or injured at least five persons.”

A Skymed helicopter took the five injured hikers to hospital.

Marais said the earlier confusion over the number of stabbing incidents was because the group of hikers scattered to escape the assailants.

Western Cape police spokesman Sergeant Noloyiso Rwexana said information about the attacks would be released once officers had interviewed the victims.

Police and private security guards launched a massive manhunt in the mountains above Kalk Bay in Cape Town on Saturday after at least three knife ...
News
4 years ago

The victims of a mountain knife attack in Cape Town were airlifted to hospital on Saturday. At least one woman had serious injuries.
News
4 years ago

Separate knife attacks on two groups of hikers hikers in Cape Town on Saturday left at least one person with serious injuries‚ Wilderness Search and ...
News
4 years ago