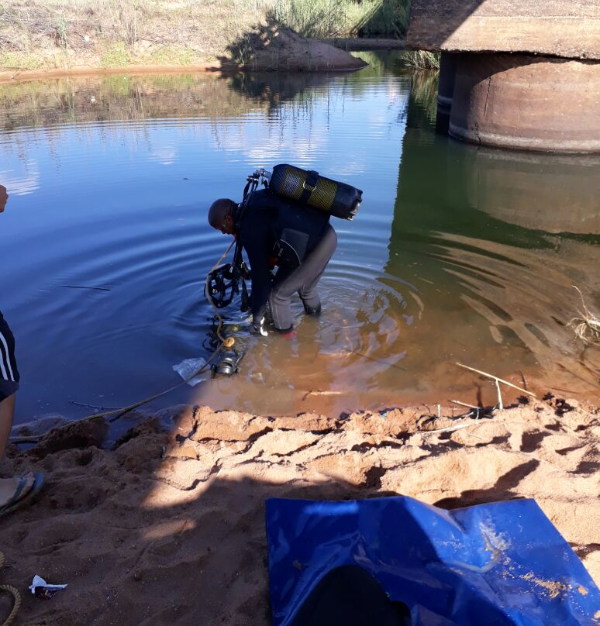 Rescue workers recover the body of a man who drowned while on a fishing trip at the Mogol River near Lephalale.
Image: SAPS

Three bodies have been found in Limpopo waters over the weekend.

In the first incident‚ a 39-year-old man died on Friday afternoon after his self-made fishing boat capsized in the Ga-Rapheri dam near the Molepo village‚ police said.

"An eyewitness alerted the police and a search rescue team was immediately established and commenced with the operation‚" said Constable Maphure Manamela.

The man's body was recovered on Saturday morning. Later the same day‚ the body of a 48-year-old woman was found floating in the Khujwana dam.

"The cause of death … is still unknown but police investigations are still continuing‚" Manamela said.

In the third incident‚ police recovered the body of a man who drowned while on a fishing trip at the Mogol River near Lephalale on Saturday. The body was recovered on Sunday afternoon.

"It is alleged that the 64-year-old male was fishing in the river with his friends when his fishing rod got stuck and he got inside the river in an attempt to retrieve it but drowned‚" Manamela said.

"A search operation by the rescue team immediately ensued where his body was recovered."

The man was a resident of a village close to the river.