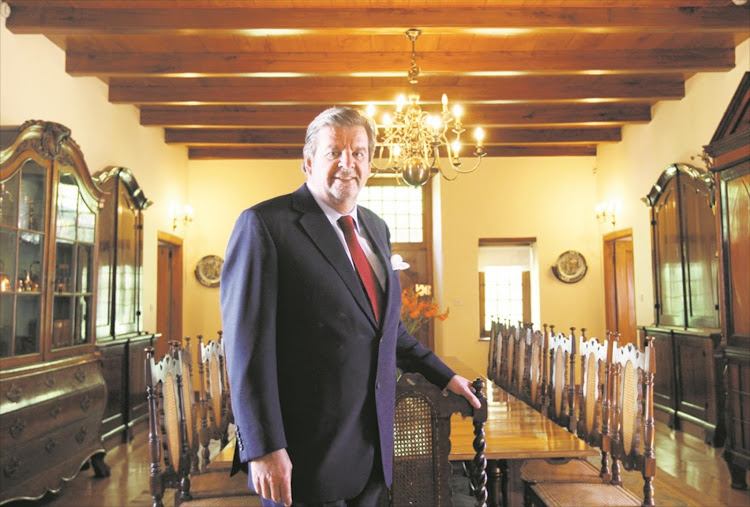 A total of 117 full ownership title deeds were handed over to people in the Stellenbosch Town Hall on Tuesday for council properties for which they were paying rent.

The handover was a result of work by the Free Market Foundation’s Khaya Lam (my home) initiative and businessman Johann Rupert.

Title deeds were given by executive mayor of Stellenbosch Municipality Gesie van Deventer to tenants of council properties.

The beneficiaries for the deeds are from Kylemore‚ Le Roux‚ Cloetesville‚ Khayamandi and Franschhoek. The oldest beneficiary is 87 years old.

These are the first of 1‚000 titles that Johann Rupert has sponsored to help bring about true transformation through home ownership for the poorest people living in his home town.

Gaynor Rupert‚ Johann’s wife‚ said: “JR sends his regards from Switzerland and regrets he cannot attend in person. It is an important cause for every South African to have secure land and to help others to help themselves. We are looking forward to helping with the next 1‚000.” Handing over the title deeds‚ Van Deventer said in South Africa the ability to be able to own property was considered a basic right.

“Worldwide there is a trend that shows a clear relationship between property ownership or the lack thereof and levels of poverty. In countries where people own their property‚ it results in greater security and prosperity and lower levels of poverty. Where people are secure in their ownership of a property it allows for the facilitation of economic transactions‚ more efficient and sustainable resource use‚ and for the evolution in credit markets‚” Van Deventer said.

FMF executive director Leon Louw said black land deprivation was “probably” the single worst element of the colonial and apartheid eras and little had changed since 1994.

“Between 5 million and 7 million black and coloured families still live as tenants or without ownership rights in houses they have lived in for generations. There has been no systematic conversion of these ‘council owned’ and ‘traditional community’ properties to full‚ unrestricted ownership.”

He added: “We are deeply grateful to Johann Rupert for his generous sponsorship without which we cannot do this critical work on behalf of black tenants. He and fellow business leaders and individual sponsors keep Khaya Lam going.” - TimesLIVE