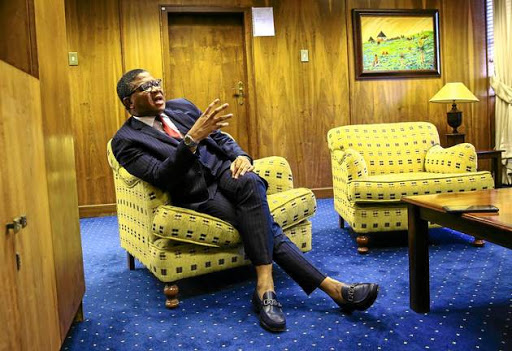 Kidnappings are increasing in South Africa and require a special effort to combat‚ according to anti-crime activist Yusuf Abramjee.

Abramjee made the comment in an open letter to Police Minister Fikile Mbalula and National Police Commissioner General Khehla Sithole on Monday.

His appeal came after a series of recent kidnappings that in at least one case turned fatal.

“Kidnappings are certainly on the increase in South Africa and this is very worrying. It appears organised syndicates are at work and we are also seeing smaller or amateur groups carrying out ‘copy-cat’ kidnappings‚” Abramjee wrote.

Abramjee said it appears some of the kidnapping syndicates have international criminal ties‚ because the ransom often has to be paid into foreign bank accounts.

“We have seen South Africans of Indian origin being targeted as well as Pakistani‚ Bangladeshi‚ Chinese‚ Zimbabwean and Indian nationals.”

Abramjee claims kidnappings are often not reported because families fear going to the police.

“Let’s also appeal to the public to come forward with information. Someone‚ somewhere‚ somehow knows something. Please blow the whistle.”

Abramjee appealed to Mbalula and Sithole to:

The corpse of North West businessman Hasan Parvej was discovered on Monday after he was kidnapped and murdered.

Police in the North West are investigating the kidnapping and murder of a 34-year-old Bangladesh national.
News
4 years ago

Abramjee said: “The kidnappers demanded R1-million cash. The family only managed to raise some R70‚000 and asked for more time. The kidnappers wanted the part payment and hours after the cash drop-off‚ Parvej’s body was found in bushes. He had multiple stab wounds.”

An Indian businessman was kidnapped in Limpopo in December. The kidnappers demanded R6-million.

“Police set up a sting operation and arrested one suspect after a high-speed chase‚” Abramjee said.

A dramatic high speed chase by Limpopo police on Thursday morning led to the rescue of a kidnap victim and the arrest of a suspected member of a ...
News
4 years ago

Pretoria businessman Omar Carrim‚ 76‚ was released in December after he was held captive for 137 days.

“It is believed the family was forced to pay a large ransom‚” Abramjee said.

Cape Town businessman Sadek Zhaun Ahmed was reunited with his family in September last year after he was kidnapped in Woodstock.

Cape Town businessman Naushad Deshmukh Khan‚ 46‚ was kidnapped and held captive for two months before he was released in December 2016 after paying a ransom.

Anisah Moosa from Polokwane was kidnapped in 2016. The kidnappers demanded R3-million.

“The victim was freed after a shootout with police. Three men were later arrested. They were released on bail. One was shot dead in December in a robbery in Tzaneen‚” Abramjee said.

"Livestock for sale‚" reads the nondescript blue sign that marks the boundary of a Free State farm that has attained notoriety over the past several ...
News
4 years ago

She sits silently on a chair‚ hands clenched‚ eyes wide. Margaret* looks around her‚ frightened‚ unsure of where she is or whom she can trust.
News
4 years ago

A whistleblower's call for help to his wife in Lesotho has exposed the operations of a sophisticated international slave trade syndicate.
News
4 years ago

Six suspects have been arrested for alleged human trafficking in the Free State‚ the Hawks said on Friday.
News
4 years ago