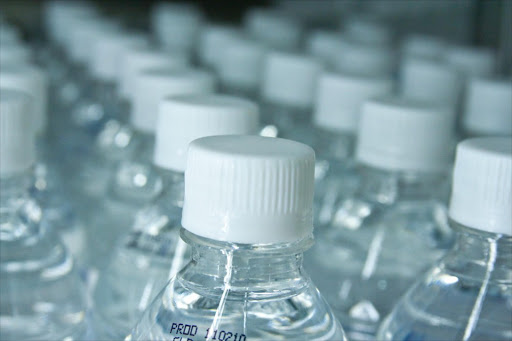 When pupils return to school‚ they will have limited access to drinking water and some toilet facilities will be closed.
Image: Steven Depolo (Flickr)

Pupils will start the year bringing their own bottled drinking water to at least one high school that is taking drastic steps to mitigate the effects of a looming water crisis in Cape Town.

Bergvliet High School outlined its strategy in a circular to parents and staff on Monday. It illustrates how significant the impact of the drought and water shortage is on daily life in the city.

When pupils return to school‚ they will have limited access to drinking water and some toilet facilities will be closed.

“As the water crisis heightens in the Western Cape in general and Cape Town in particular‚ Bergvliet High School is obliged to take measures to reduce our water consumption‚” said the notice from principal Stephen Price.

Efforts to reduce water consumption will include:

- Upstairs toilets being closed due to a lack of water pressure capable of reaching the second floor.

- Downstairs toilets being open before school‚ at breaks and after school

– otherwise locked with keys available should they need to be used during lessons.

- One hand basin tap operational per bathroom‚ with the others disconnected. Hand sanitiser will be provided.

- No showering at school‚ pupils will have to bring their own bottled water as drinking water will be limited.

- Pupils will be required to bring‚ according to a roster system‚ 5l of bottled water per month to be used daily in class.

“I know the situation is not ideal but we have to take the measures to play our part in this water crisis‚” said Price.

The school told parents that it had been approached by the city’s disaster management team with a view to it being used as a water collection point for residents‚ should “Day Zero” arrive when the dams are empty.

Parents were urged to share their ideas to save water.

The provincial education department said that schools had adopted “various water saving measures as they prepare for continued drought in 2018”.

Spokesperson Jessica Shelver said: “Some 423 schools already have boreholes and water tanks‚ and many schools are harvesting rain water. The department is monitoring water consumption and will intervene where necessary where water consumption is excessive.

“The WCED has issued guidelines to schools on saving water as the province prepares for probability of continued drought in 2018.

“The WCED has also issued spreadsheets to schools for monitoring water consumption in the mornings‚ afternoons and over weekends.

The spreadsheets are programmed to calculate totals. Schools can detect leaks if water consumption is high overnight and over weekends‚” she said.

Big Brother is watching‚ and now you can too thanks to a controversial City of Cape Town online water consumption map.
News
4 years ago