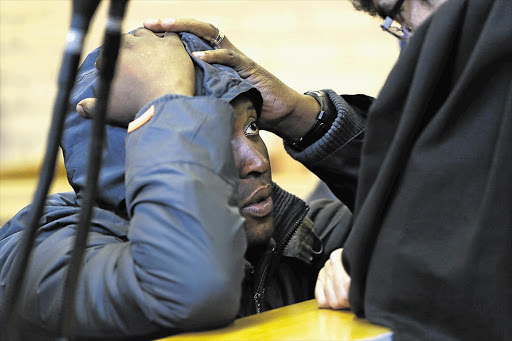 A police crime intelligence officer‚ arrested in Pretoria for allegedly defrauding a secret state slush fund‚ will appear in court on Thursday.

The officer‚ a captain stationed within the covert crime intelligence unit‚ was arrested by Independent Investigative Directorate (Ipid) officers on Tuesday. He was arrested as he met his parole officer.

The police officer is on parole after being released in 2015 from the Groenpunt maximum security prison‚ where he was serving a 10-year sentence for armed robbery.

The officer‚ known as Captain KGB‚ was arrested on Tuesday for allegedly stealing R563‚000 from the SAPS secret slush fund. The fund is meant for operational purposes.

The officer is accused of using fraudulent invoices to claim money to install blinds in safe houses in two plush Pretoria suburbs‚ Waterkloof Heights and Brooklyn.

Ipid spokesman Moses Dlamini said‚ based on advice from the National Prosecuting Authority‚ a formal bail application would take place on Thursday. He said investigators still needed to verify the addresses of the policeman and whether he had a criminal record.

Captain KGB was sentenced to 10 years imprisonment for an armed robbery he committed in Pretoria's Mamelodi township in 1994‚ according to documents from the Justice and Correctional Services Department‚ seen by TimesLIVE.

After losing his appeal in 1996‚ he failed to surrender himself to prison officials and instead joined the police crime intelligence unit.

He was imprisoned after his arrest for a cash-in-transit heist in 2013‚ a crime he was later acquitted of‚ and rejoined the police covert crime intelligence unit.

A covert crime intelligence agent’s arrest for allegedly looting a multi-million rand police secret slush fund has the thrown the spotlight on ...
News
4 years ago

Within minutes of appearing in the Sasolburg Magistrate's Court in connection with a multimillion-rand cash heist, disgraced former crime ...
News
9 years ago

NPA throws the book at McKinsey for 'theft' of R1.6bn from Eskom

The National Prosecuting Authority has thrown the book at global consultancy McKinsey‚ claiming that it colluded with Gupta-linked Trillian and Eskom ...
News
4 years ago