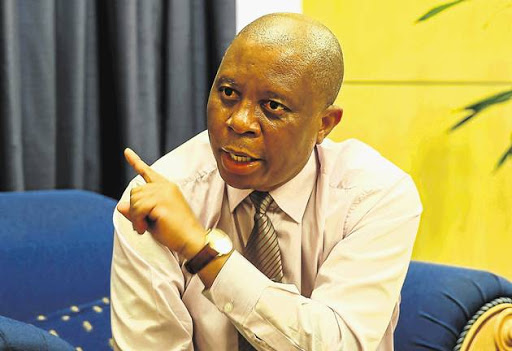 ANC councillor and former Johannesburg MMC of Housing Dan Bovu and an alleged accomplice handed themselves over to the police after being accused of trying to illegally sell a city-owned property stand‚ Mayor Herman Mashaba said.

The pair allegedly tried to illegally sell a property stand owned by the City of Johannesburg in Vlakfontein in 2006.

“The pair handed themselves over to the police in Lenasia this morning‚” Mashaba said in a statement on Wednesday.

Bovu was MMC for Housing under the previous administration. He is currently an ANC Councillor and Regional Deputy Secretary General in the city. He was a ward councillor when he allegedly tried to sell the property stand.

Johannesburg mayor Herman Mashaba says since his recent blitz on illegal connections and non-paying property owners‚ defaulters have started to ...
Politics
4 years ago

The first complainant wanted to buy a stand in Vlakfontein and was introduced to the second accused‚ who allegedly told the complainant that he worked for the Thembelihle Development Trust‚ which assisted people in buying stands in the area.

Mashaba said: “When the walls were still being built‚ the complainant alleged that he was told by his builders that an ANC Councillor (Dan Bovu) stopped them from continuing with building the house.”

The first complainant contacted Bovu‚ who allegedly told him to pay a deposit of between R2‚000 and R4‚000 into the bank account of the Thembelihle Development Trust. The complainant allegedly paid R2‚000 into a bank account and continued with construction.

The MMC of finance in Johannesburg has been suspended after allegations that he tried to influence tender processes to benefit his associates‚ Mayor ...
Politics
4 years ago

A second complainant approached Bovu about buying a stand in Vlakfontein and was allegedly told one is available for R4‚000.

Mashaba said: “The complainant allegedly paid the money into the Thembelihle Trust Account as directed by Bovu.”

Bovu then allegedly demanded an extra R1‚000 for registering the stand with the City of Johannesburg.

“The complainant alleged that he received a call from a friend congratulating him for building a house‚ he knew that he had not started building and went to investigate.”

Alleged Joburg property-hijacking kingpin and his two co-accused were denied bail in the Johannesburg Magistrate’s Court on Friday.
News
4 years ago

The suspects will appear in the Johannesburg Commercial Crimes Court on Wednesday on charges of fraud and corruption.

Mashaba said: “I do hope that the ANC will do the right thing and immediately remove Bovu from their ranks.”