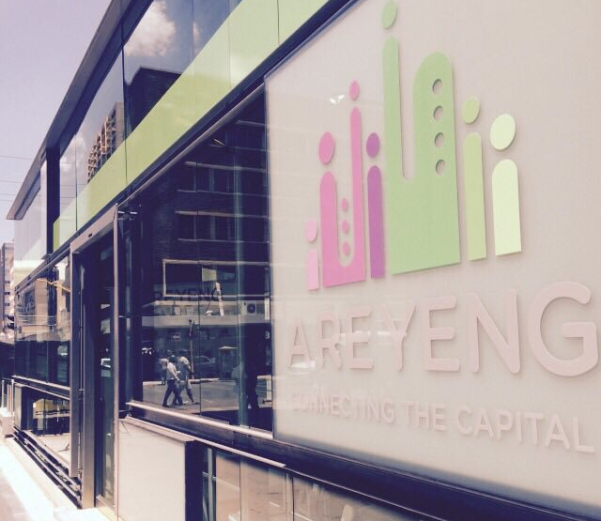 A Tshwane BRT bus stop. An A Re Yeng bus was hijacked on Tuesday and taken to Stinkwater with passengers on board.
Image: Lebo Mukansi via Twitter

A Tshwane BRT bus was hijacked as a result of friction between taxi drivers and the city over drop-off points but was later recovered.

MMC of road and transport in Tshwane Sheila Lynn Senkubuge said the A Re Yeng bus was hijacked on Tuesday and taken to Stinkwater with passengers onboard.

The TMPD later recovered the bus and escorted it back to Rainbow Junction.

“The City has called an urgent meeting to put the associations on terms to ensure that all their drivers honour the agreement entered into on their behalf. Failing which‚ the City of Tshwane will pursue legal action to rectify the situation and ensure that commuters get the services to which they are entitled‚” Senkubuge said.

In December 2017‚ the City of Tshwane entered into a drop-off agreement with the three taxi associations originating from Hammanskraal‚ Stinkwater and Eersterus.

We are signing but there are issues‚ says taxi industry

The taxi industry has signed the two documents which will enable the City of Johannesburg to implement Phase 1C of the Bus Rapid Transit system but ...
News
4 years ago

The agreement stipulated that the three taxi associations would no longer proceed into the city centre area from their point of origin but would drop off passengers at Wonderboom Junction (shopping centre) in the morning and pick them up there to take them back to their points of origin at Hammanskraal‚ Stinkwater‚ an area north of Pretoria near Hammanskraal‚ and Eersterus‚ at a single trip fare of R17.

The A Re Yeng buses would then pick up those passengers at Wonderboom Junction and transport them to the CBD‚ up to Hatfield‚ for a single trip fare of R8.00. This arrangement became effective on January 8.

Senkubuge said that on Tuesday taxi drivers of all three taxi associations were forced by the city to drop passengers off at Wonderboom Junction as per the agreement with taxi operators.

The reason for this was that‚ since January 8 taxi drivers were not dropping passengers off as per the agreement and they charged passengers more than the stipulated amount.