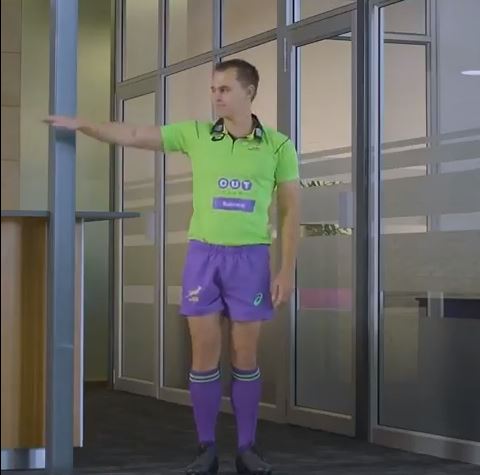 The ASA Directorate said that if a commercial condoned sexual harassment in any form‚ no matter how subtly‚ it would most likely not be acceptable.
Image: Supplied via Youtube

The Advertising Standards Authority Directorate has found that an OUTsurance television commercial which makes a humorous play on rugby refereeing decisions does not in any way condone sexual harassment.

The commercial in question shows a man and a woman sitting across from each other in an office. The man lifts his eyebrow and winks at the woman‚ and she pulls an unimpressed face. He then slides down his chair and reaches out his leg to run his foot along her calf.

At this point‚ a rugby referee dressed in OUTsurance branded clothes arrives‚ blows his whistle‚ and indicates the universal referee sign for foot up by front row player in a scrum.

A Mr Lesetja Ledwaba lodged a complaint with the advertising watchdog‚ arguing that the commercial – which was flighted on DStv Supersport was offensive as it showed sexual harassment in the workplace. OUTsurance however submitted that the commercial in no way condoned sexual harassment as the referee intervenes and penalises the man. This indicates his actions are not condoned‚ it argued.

It said the commercial was meant to be humorous‚ hyperbolic and light-hearted.

It added that it was a humorous play on refereeing decisions‚ and that it was flighted during the rugby‚ to fans who would understand the context.

“However‚ in the matter at hand‚ the actions of the male character are in no manner condoned. In the first place‚ he is shown looking foolish‚ as the woman sneers at his advances. Nothing about him indicates that he is an admirable character who should be copied. More importantly‚ the moment that he touches the woman‚ a referee appears on the scene and calls out his behaviour‚ awarding a penalty. It is clear that his behaviour is unacceptable‚” the directorate said.

It added that the commercial was shown during the rugby.

“As such‚ the hypothetical reasonable viewer watching this commercial is familiar with the idea of a referee and a penalty award. They would understand that the actions of the male employee are unacceptable and are not condoned.

“Given this‚ the Directorate is of the opinion that there is no condonation of sexual harassment‚ and as such the commercial is not offensive.”