Zulu King to lead commemoration of Battle of Isandlawana 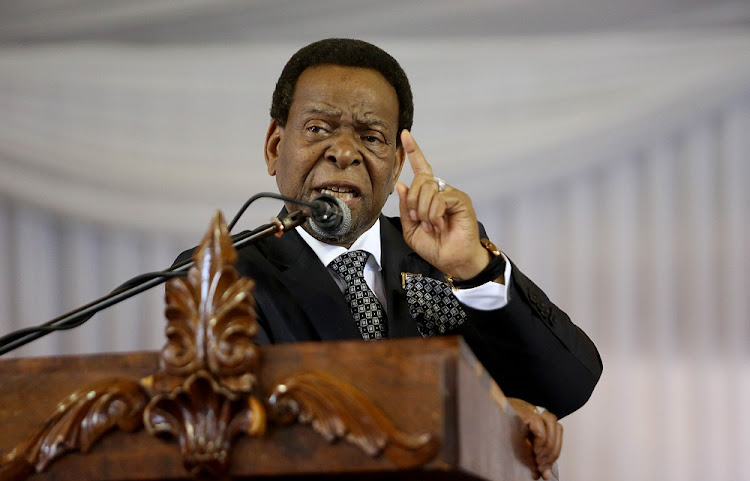 King Goodwill Zwelithini will commemorate the Battle of Isandlwana which was fought on January 22‚ 1879‚ and was one of the first in the six-month long Anglo-Zulu War.
Image: Gallo Images/ IStock

Zulu King Goodwill Zwelithini will on Saturday lead Zulu regiments to the Sphinx-shaped mountain of Isandlwana in Nquthu‚ northern KwaZulu-Natal‚ for the commemoration of the epic Battle of Isandlwana.

The colourful annual re-enactment of the battle attracts a large number of local and international visitors‚ and has become one of the province’s tourism draw cards.

The Battle of Isandlwana was fought on January 22‚ 1879‚ and was one of the first in the six-month long Anglo-Zulu War. The battle was among the first defeats ever inflicted on the British empire.

After the British commenced their invasion of Zululand‚ some 20‚000 Zulu warriors attacked a portion of the British main column‚ consisting of about 1‚800 British‚ colonial and native troops.

The Zulu warriors were armed mainly with the traditional spears and cow-hide shields while the British troops were armed with the modern Martini-Henry breech-loading rifles and two 7-pounder mountain guns.

Despite all that‚ the Zulu warriors ultimately overpowered the heavily armed British‚ killing more than 1‚300 troops. The Zulu army also suffered hundreds of casualties.

Two years ago‚ a new R12.5-million cultural village‚ complete with a place for the Zulu monarch‚ was unveiled in Isandlwana. The Isandlwana Heritage Development Precinct was completed using an estimated R30-million from the national government and the National Lotteries Board.

The village has nine huts where regiments will camp as they prepare for the commemoration of the battle and King Zwelithini has a slightly larger hut for his stay during the ceremony.

The election of the ANC top structure has produced an interesting hotchpotch which may ultimately point the organisation in a different direction.
Opinion & Analysis
4 years ago

Zulu king calls for more men to get the snip

Zulu King Goodwill Zwelithini has called for more men in KwaZulu-Natal to be circumcised as part of efforts to fight the spread of HIV/Aids.
News
4 years ago

The ANC leadership appears to have condoned‚ for now‚ its KwaZulu-Natal provincial executive committee’s resolve to fight on to stay in office.
Politics
4 years ago