Drought alert: Other parts of SA also feeling the heat 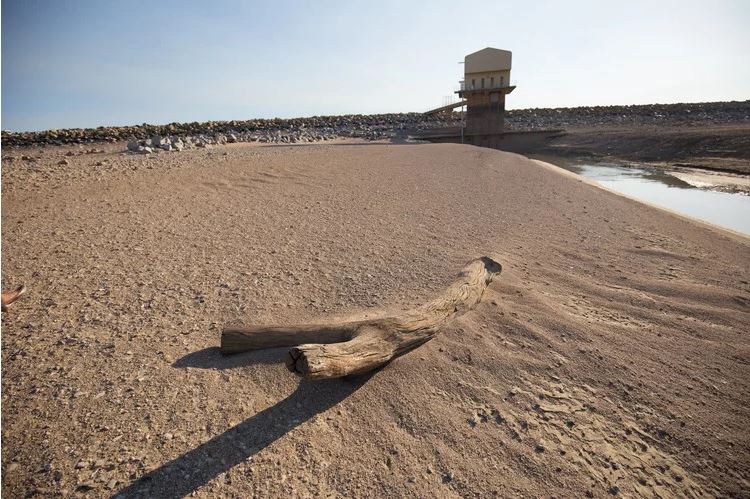 The Voëlvlei dam project has been speeded up to help Cape Town cope with the drought.
Image: Ashraf Hendricks

The Department of Water Affairs has called on South Africans to reduce consumption in order to enable municipalities to manage the current drought problem.

Department spokesperson Sputnik Ratau said the country has experienced a rainfall shortage for some years‚ which limits the amount of water that can be supplied to municipalities.

“What we are saying is that we will continue to work with municipalities‚ especially when you look at your Port Elizabeth and so on‚ looking at new sources of water because the sources that we have currently are insufficient to be able to cover the situation we are facing‚” Ratau said.

Ratau said restrictions were aimed at alleviating drought conditions and not meant to be punitive.

Last week‚ Cape Town mayor Patricia de Lille admitted that her council did not have detailed plans of how Day Zero would work when taps run dry. On January 18‚ after months of insisting “a well-run city does not run out of water”‚ De Lille said that day was now likely. The latest projected date is April 20‚ but many experts believe it will arrive much earlier.

De Lille said wasteful residents were to blame for the water crisis.

But it is not just the City of Cape Town that is facing water problems. The City of Tshwane has urged its residents to use water sparingly after it received a warning from Rand Water that extraction of water from the Vaal Dam was exceeding the permissible licensed limit.

Western Cape Premier Helen Zille met with the National Disaster Management team on Monday 22 January 2018. Zille informed the press on the current situation the City of Cape Town faces in terms of...

Ratau said the department would continue to provide support to municipalities‚ depending on each council’s needs.

“It depends on what each municipality needs at any given point. For instance‚ the work that we are doing in Port Elizabeth is making sure that operations and maintenance are in place and that the infrastructure that is in place is able to actually carry water from the other areas to bring water into Port Elizabeth‚” he said.

“Unless and only when consumers reduce consumption‚ will we be able to see a difference in consumption patterns. I’m not just referring to domestic consumers but also industrial‚ agricultural‚ mining and across the board. We are a water scarce-country. Secondly‚ the impact of climate change is real.”