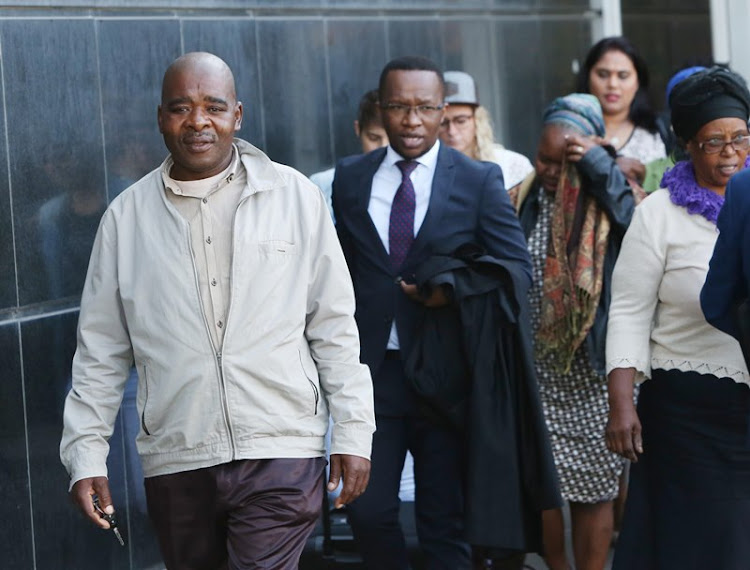 Despite a sordid affair which led to Sibongile Mbambo faking the abduction of her baby Siwaphiwe‚ her husband Christopher continues to stand by her.

The Mbambo family patriarch testified in mitigation of sentence after his wife pled guilty to charges of fraud and defeating the ends of justice in December.

The woman and her lover Phumlani Mbokazi were arrested in March after their web of lies was unravelled by police investigating the “abduction” of the child.

Police had launched a massive search for the one-month-old after a staged hijacking incident that had people around the country praying for the safe return of the baby.

In the Durban Regional Court before Magistrate Anand Maharaj on Monday‚ Christopher Mbambo revealed that he’d had doubts about the paternity of the baby before their scheme was hatched.

The court heard that Siwaphiwe had not resembled any of his other children.

Trying to justify why his wife had misled the media and staged a radio appeal for her child’s safe return‚ he said she was scared and confused.

The Times revealed‚ three days after the incident‚ that a secret love affair lay at the heart of the baby's abduction‚ which culminated in a car chase and Siwaphiwe being found with her kidnappers.

Mbambo‚ a primary school teacher‚ unpacked her web of lies in her guilty plea tendered last year. However Mbokazi's trial is yet to proceed.

In the statement she admitted to defrauding the South African Police Service in spurring their search for a child who was never actually missing‚ defeating the ends of justice and making a false statement.

“I admit that I made a false report of being a victim of robbery with aggravating circumstances wherein I indicated my motor vehicle was hijacked from me and made a statement that the assailant also kidnapped the child who was in the vehicle during the robbery. I admit that my actions were wrongful and unlawful‚” the statement read.

Sentencing procedures will continue on Tuesday.

Baby Siwaphiwe Mbambo’s biological father‚ Phumlani Mbokazi‚ was threatened with jail after his late arrival at court on Wednesday had Magistrate ...
News
4 years ago