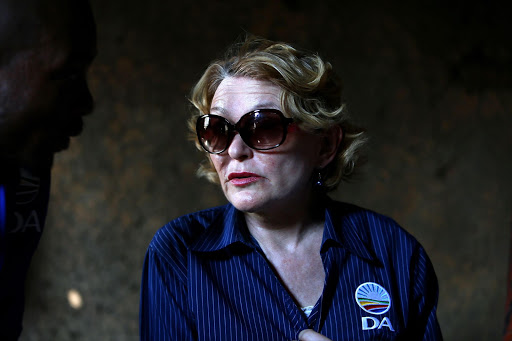 Day Zero and disease could be a deadly mix‚ especially with the food-borne listeriosis outbreak on the go.

This was the grave concern expressed by Western Cape Premier Helen Zille at a media briefing on Monday.

She said she was worried about a possible disease outbreak should the City of Cape Town reach “Day Zero” - currently projected to be April 22 - when the city will switch off most of its taps due to the biggest drought in the Cape in a century.

“It’s very unfortunate that this crisis comes at a time when we are also having listeriosis [outbreak]. And listeriosis requires a lot of washing to contain [it]‚ that is the major challenge‚” said Zille.

She said fear of disease outbreaks were not only confined to human beings as the province was also dealing with avian flu.

Helen Zille is sailing into action as Day Zero looms — and says the challenge is greater than World War 2 or the aftermath of 9/11 in New York City.
Politics
4 years ago

Head of disaster management in the Western Cape Colin Deiner said his team had conducted a risk assessment on outbreaks that were related to drought‚ and that the province was still dealing with the avian flu.

Wayne Smith‚ head of department in disaster medicine‚ said some of the diseases to worry about were cholera‚ typhoid and dysentery.

Wherever you have "poor water conditions" and "poor sanitation conditions"‚ disease outbreaks can follow.

"We are busy at the moment‚" he said‚ "we are in our diarrhea season which is common at this early part [of the year]."

He added that where there was poor water quality‚ an escalation of these issues could ensue.

After 200 years of making beer‚ Newlands Brewery in Cape Town is going into the water business.
News
4 years ago

He said the province had a plan to ensure they heightened their surveillance so that doctors could quickly raise the alarm for a quick response if an outbreak seemed possible.

Smith said there were also risks of mosquito-borne diseases.

“If we pick it up [disease outbreaks] quickly enough‚ things like listeriosis are actually very treatable. It’s a bacteria and you can treat it with antibiotics but you need to pick it up quickly enough‚” said Smith‚ adding that in the past‚ officials had managed to keep a number of diseases under control but that they "needed communities to work with them".

During the briefing‚ Zille also told the media that over the weekend‚ she had asked President Jacob Zuma to declare a national state of disaster to help manage the city’s water crisis.