Cape Town's non-existent clouds: is there even a silver lining? 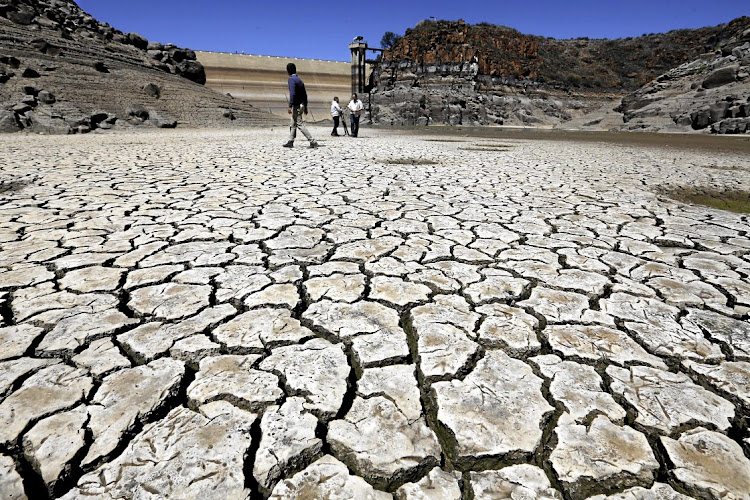 The water level in the Gamka Dam in Beaufort West in the Western Cape is 0%.
Image: Esa Alexander

In the drought-stricken Cape, fear and loathing are flowing far more richly than any water source as Day Zero looms.

Social media has been awash with doomsday references as the city braces for crunch time in its worst drought in a century.

But there is also a strong will to find the silver lining in the dark clouds which hardly ever seem to gather in the sky.

This week‚ one man made a name for himself on social media as his post about a drought in Gaborone‚ Botswana — where he lived for four years — went viral.

Steven Underwood urged Capetonians to change their mindset‚ and learn to take joy in the “little things”.

“You will not die‚” he wrote‚ adding that suffering would “build character” and that water is a renewable resource of which 25 litres — the individual allocation when the taps run dry — goes a long way.

On Monday, this website and its affiliates ran a startling headline: "Zille takes charge: Day Zero bigger than WWII and 9/11, says premier".
Ideas
3 years ago

“Water for washing can be caught and reused for ablutions. It’s not very nice but it’s a mindset‚” he wrote.

Also‚ he said‚ “businesses and schools will not shut down [as some suggest] but will have to adapt to using grey water for ablutions. It's a mindset change. Don’t give up‚ persevere and keep adding value to the economy.”

He did say‚ however‚ that businesses which needed fresh water for their products would “really struggle”‚ and he reminded Capetonians they have agency over their own future just as they had over their past.

“It’s not the ANC/DA’s fault‚ nor climate change. It’s my fault because I use too much water [ie‚ more than supply]‚ which is great because I don't have to rely on government or scientists to fix it‚ I just have to use less water‚” he wrote.

Other points he raised or advice he gave included:

• “Help will come in some form. Businesses will spring up delivering water [in Gabs it was two JoJo tanks on a flatbed truck]‚ desalination boats will flock to our harbours [if they don't exist‚ then a millionaire genius will quickly invent and build one]. Water may even come from the sky‚ but somehow we will change the game for the better.”

• “Stay positive. With the right mindset‚ the water crisis can actually be fun. You will spend more time outdoors‚ you will connect with your neighbours‚ you will receive help and help others‚ you will waste less time on Facebook/TV and you will have great stories to tell.”

Underwood recalled how he was once driving to a friend in Phikwe when “the heavens opened on the road just past Palapye”. The driver in front of him pulled to the side of the road and started dancing in the rain.

“What a beautiful feeling‚” he wrote.