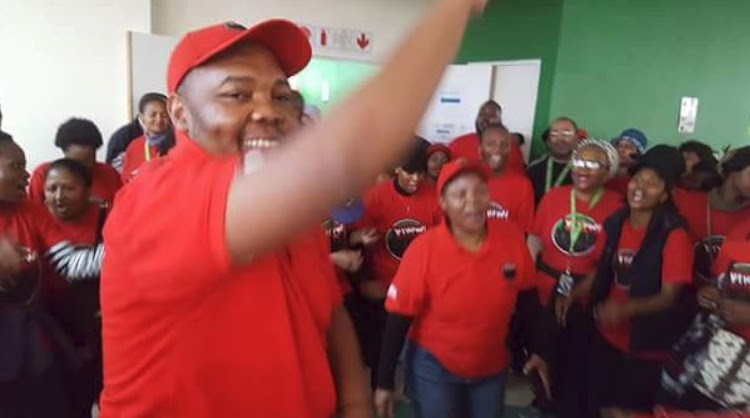 #NEHAWU remains unshaken on its demand of a 10% increase across board at the Durban University of Technology (DUT) and will continue with the industrial action
Image: COSATU via Twitter

Striking staffers at the embattled Durban University of Technology have vowed to continue with their industrial action despite the prospect of "no work‚ no pay".

Determined academic and administration workers entered day six of their strike action on Tuesday‚ refusing to budge on their 10% wage increase demand.

The National Education‚ Health and Allied Workers’ Union (Nehawu) said last week that staff should not return to work until management concedes to its demand of 10%. DUT offered its staff 4%.

The strike action has hampered the registration of students‚ but DUT has called on students to register online.

Nehawu said on Tuesday that the strike action would continue.

One staffer who refused to be identified told TimesLIVE that if management did not meet the demands lectures - due to start next week - would also be delayed.

“We have to put our foot down now.. We will continue‚ we’re winning and will get there soon. It’s no work‚ no pay‚ but the struggle will continue‚” the staffer said.

"The obstinacy of the university management should be blamed for the disruption of the registration of students through their refusal to expedite the salary negotiations which were meant to be concluded in September 2017‚" Nehawu said in an earlier statement.

DUT is yet to respond.

Workers at Wits University in Johannesburg have joined an ongoing strike over salary disputes.
News
4 years ago

Durban University of Technology staff should not return to work until management concedes to their 10% wage increase demands.
News
4 years ago