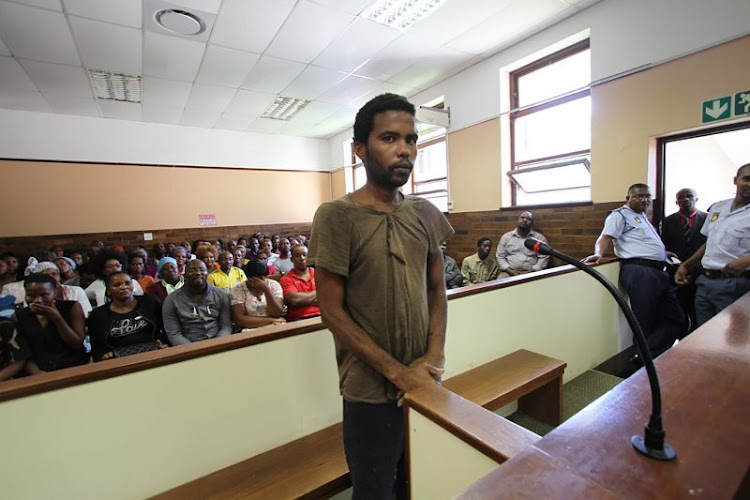 The man dubbed the Port St Johns "cannibal" was told on Tuesday that instead of facing trial for allegedly killing‚ dismembering and eating some body parts of his four-year-old nephew‚ he will be sent to a mental hospital in Mzimkhulu.

Mandisi Gwanya‚ 30‚ appeared before regional magistrate Noxolo Mfobo who told him that a panel of psychiatrists had found him unfit to stand trial.

"There is a report that says you are unfit to stand trial‚" Mfobo told Gwanya.

"It states that you won't be able to follow court proceedings at all."

Instead‚ Mfobo told him that he would be admitted to the Mzimkhulu Hospital and the case was postponed to February 15.

This was after state prosecutor Gugulethu Madubela asked for a postponement for an inquiry to be conducted first.

Gwanya was arrested earlier last year for allegedly killing and eating some body parts of his young nephew‚ Kamvelihle Ngala.

Alleged cannibal in ICU after being shot by cops

An Eastern Cape man who allegedly kidnapped‚ killed and ate the flesh of a woman is now fighting for his life in a hospital’s intensive care unit.
News
4 years ago